The Guess Connect is a blinged out analogue smartwatch 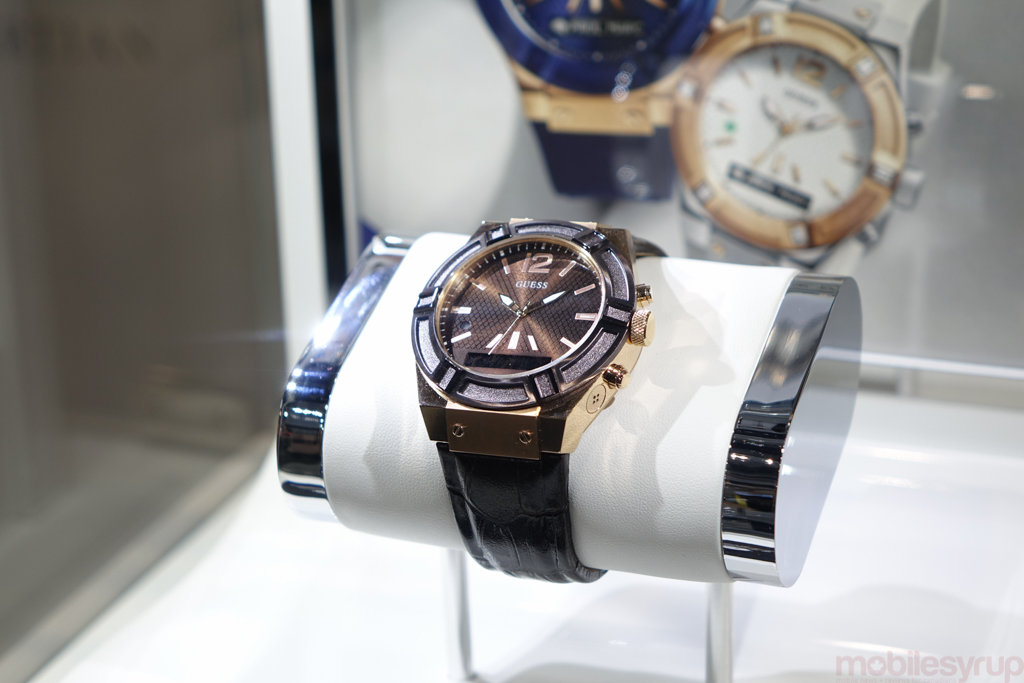 Wearables were pretty big at CES last year but this year has seen huge progress in terms of fashion. Now that we have some defined product categories within the wearable space, manufacturers are starting to play around with style a bit more, including entering into partnerships with major brands.

Misfit has partnered with Swarovski and now Martian and Guess have paired up to produce a line of Guess-branded watches that will retail for about $350. This partnership was announced last August and the resulting accessories were shown off at CES 2015 in Las Vegas. 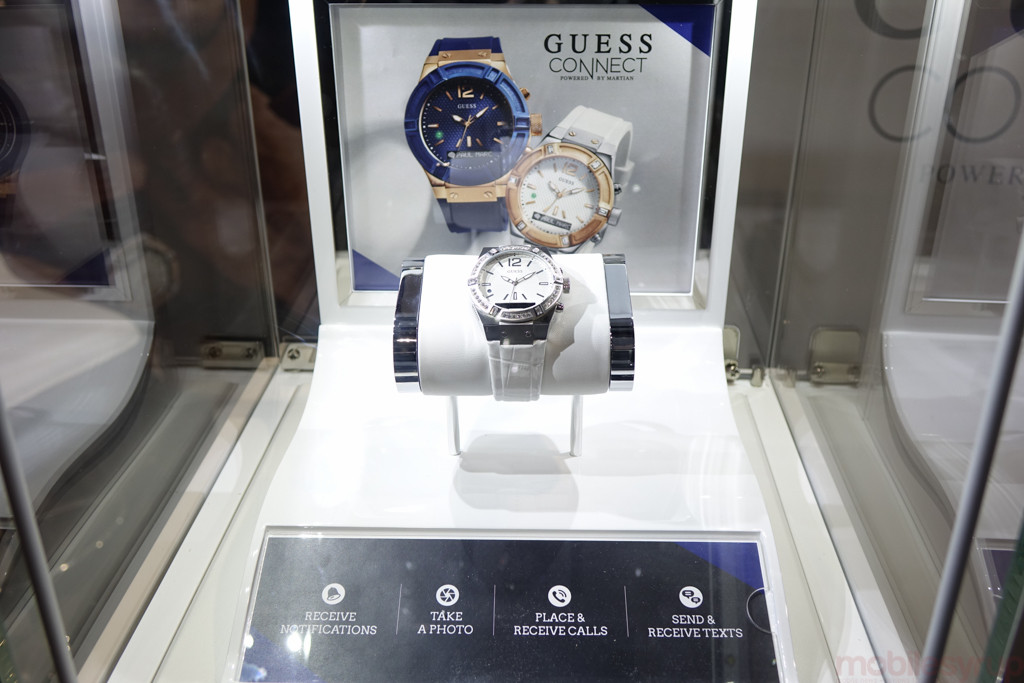 Like the Withings Activité, these watches feature an analogue clock. Unlike the Activité, the Guess watches also have a little display panel towards the bottom of the dial that shows incoming notifications and steps taken. Dubbed Guess Connect, it works with either Android or iOS and has a microphone and speaker. That means you can have the watch read your messages to you and respond without taking your phone out of your pocket.

The companion app allows for customizations of the notifications you want to receive on the watch and even the ability to create custom vibration patterns to help distinguish between different types of alerts without looking at your wrist. That goes some way towards solving the issue smartwatch wearers run into when they receive notifications in a social setting. Looking at your watch constantly while someone else is talking is a very basic level of rude that has been in play since the advent of the dumb watch. 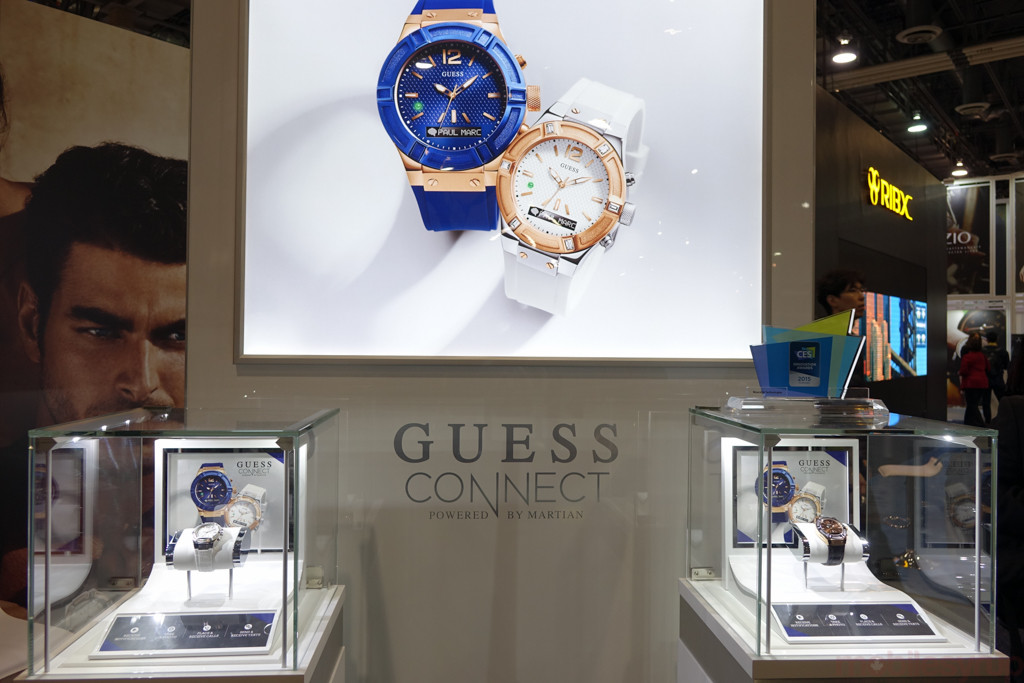 Design-wise, the Guess Connect watch looks a lot like a blinged out version of the Martian Notifier. It has a full clock dial as opposed to a squished semi-circle face that splits the surface area of the watch face with a similarly shaped digital display. An early prototype did feature that design, which is present on the company’s victory series, but that never made it to the final version (thankfully, it looks pretty awful compared to the finalized model). 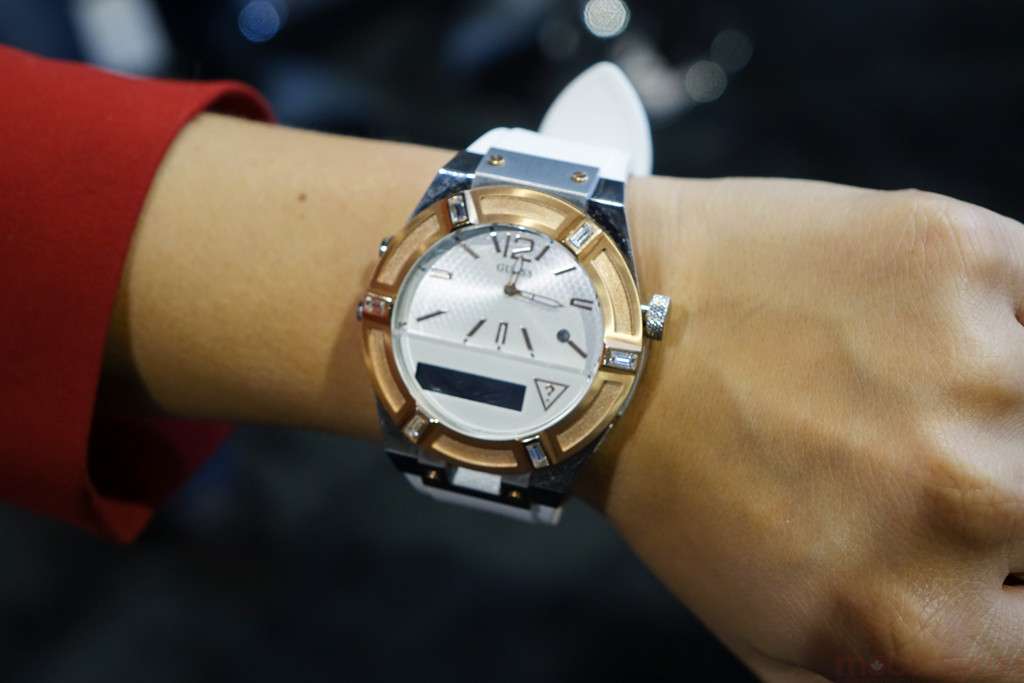 This likely won’t be Guess’ only smartwatch and the company will probably to venture into other areas of fashionable tech accessories further down the line. The most important thing here is that the company has expressed a lot of enthusiasm for fashion and wearable technology, an area that has been sorely neglected up until this point.