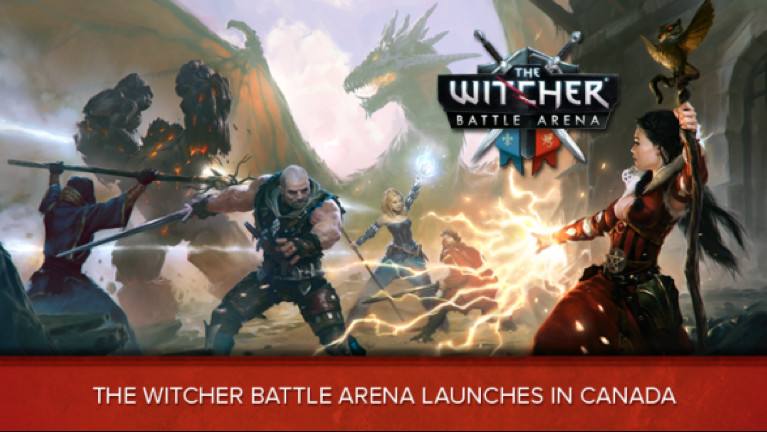 The Witcher Battle Arena was announced this past summer at E3 in Los Angeles and is finally launching on iOS in Canada just in time for the holidays. Canada is getting the game first in North America, and second in the world (just behind iOS users in Sweden).

The work of CD Projekt Red in Poland, The Witcher Battle Arena is a MOBA (multiplayer online battle arena) game based on the Witcher series of books and games. Late in November, the company opened up sign-ups for the iOS closed BETA. This week, the company announced that the game is now available in the App Store for Canadian iPhone and iPad users provided they have at least an iPhone 5, an iPad 3, or an iPad Mini 2.

The Witcher Battle Arena is free to download and Eurogamer reported earlier this year that the company intends to keep it genuinely free. There are in-app purchases to speed up the acquisition of certain heroes or items, but players can also unlock these through regular game play.

“You will mostly pay for saving time,” project manager Tadek Zielinski is quoted as saying. “If you don’t want to farm for your hero you can buy him. And also there are vanity items you pay for. But there will be absolutely no pay to win elements in our game.”