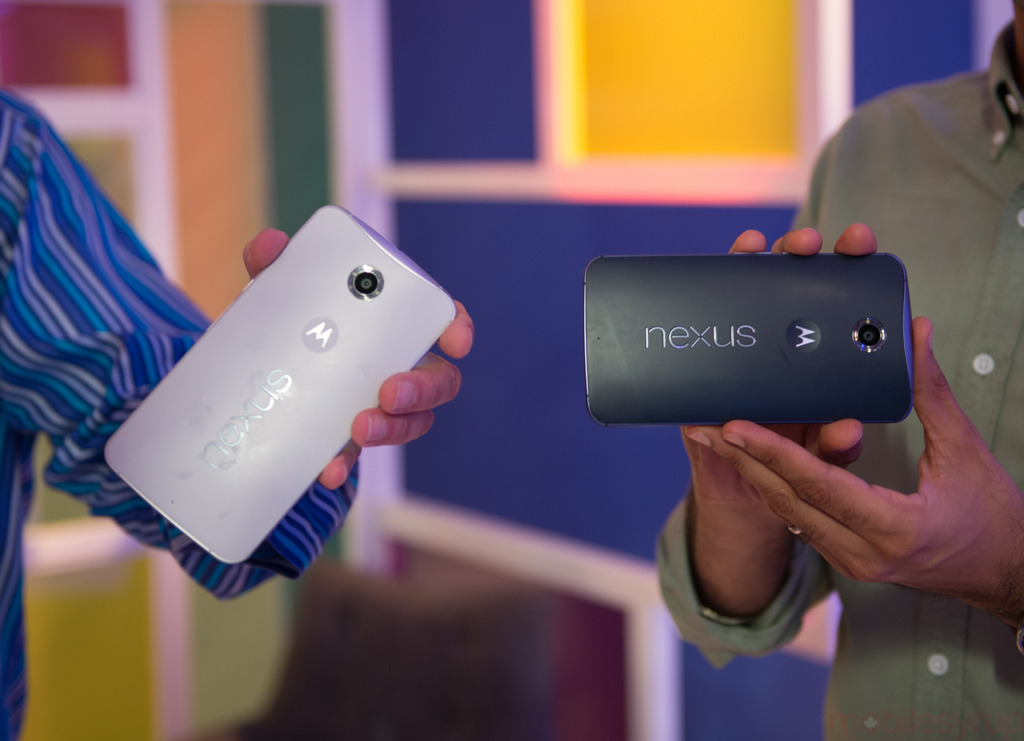 After an agonizing delay, the Nexus 6 is now available to pre-order in Canada.

The device, which we really liked, is now available for $749 for the 32GB version and $799 for the 64GB version from Google Play, with carrier availability to come in the next few days and weeks.

We’ve confirmed that Rogers, Bell, Telus, Videotron and WIND Mobile will carry the Nexus 6 as well.

It appears that the 32GB Midnight Blue and Cloud White models are available, with inventory leaving the warehouse “in 3 – 4 weeks,” and the 64GB Midnight Blue is shipping in the same time frame.

Update: All three models are now “Out of Inventory,” selling out in less than 10 minutes. Check back next week for more.

Update (November 26th): Looks like the Nexus 6 (32GB, Midnight Blue) is back in stock via Google Play, showing “Leaves warehouse in 3 – 4 weeks.”

Update (December 10th): Nexus 6 is back in stock once again via Google Play. Currently only showing the 32GB, Midnight Blue model and “Leaves warehouse in 3 – 4 weeks.” – IH