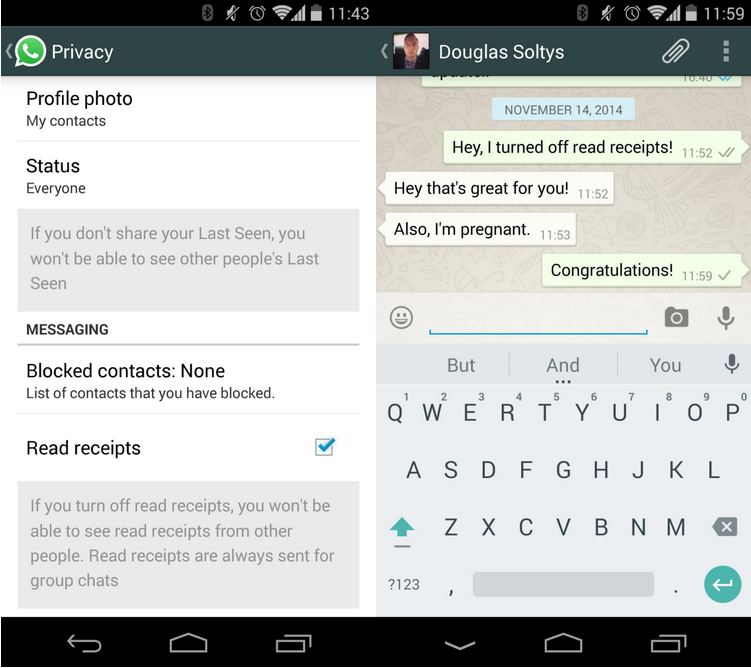 WhatsApp finally straightened out its confusing check mark system with the addition of blue check marks for when a message has been both received and read (there was previously a lot of confusion between users as to what the single and double check marks represented).

However, the update also meant you could no longer hide from your contacts. Even if you had your status set to ‘only me,’ people would still see when you had viewed their message.

A lot of people weren’t too happy with this and it seems WhatsApp has released an app to appease those that would rather retain their aloof status on WhatsApp. Or at least on WhatsApp for Android. The company’s website now shows an Android update to version 2.11.444, which adds the ability to switch off the read receipts. This new feature doesn’t apply to group chats, which will still sport blue check marks once every participant has seen a specific message.

This update is currently not available on the Play Store but can be sideloaded to your device with relative ease if you don’t want to wait for the official Play Store release.