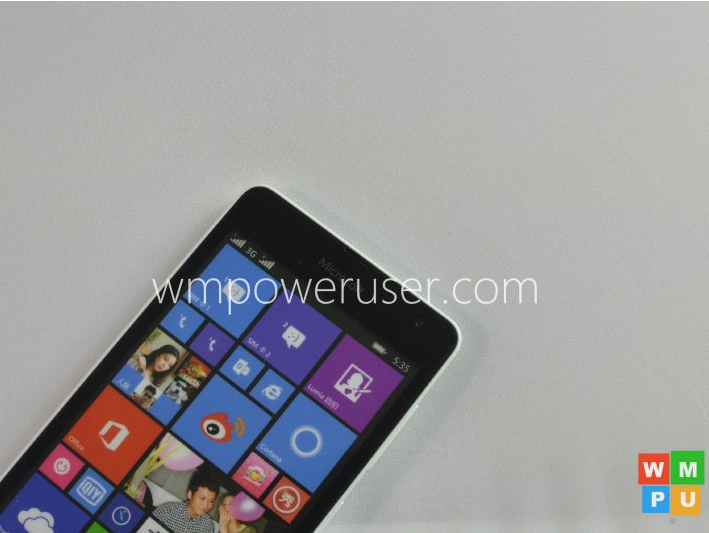 Microsoft is scheduled to unveil a brand new Lumia tomorrow, its first to carry ‘Microsoft Lumia’ branding as opposed to Nokia’s name. Until now, we’d mostly heard little snippets of information about the specs and a couple of photographs. Now, we have a more complete picture of the phone Microsoft is expected to announce this week.

As we learned last week, this won’t be a flagship phone, so we hope you weren’t expecting flagship specs. Based on Qualcomm’s Snapdragon 200 with a quad-core CPU clocked to 1.2GHz and 1GB of RAM, the Lumia 535 packs a 5-inch qHD display (960 x 540 pixel resolution), a 5MP camera in the back, a VGA camera in the front (that’s 0.3 megapixels), and 8GB of onboard storage. The whole thing is powered by a 1,900 mAh battery, and will (of course) run Windows Phone 8.1. It’ll be available in the usual Lumia colours (black, white, grey, blue, orange, blue, and green).

No word on pricing or availability just yet but this looks to be an update of the Lumia 525, which was announced in November of last year. Hopefully we’ll have a bit more information on release date after tomorrow’s event.