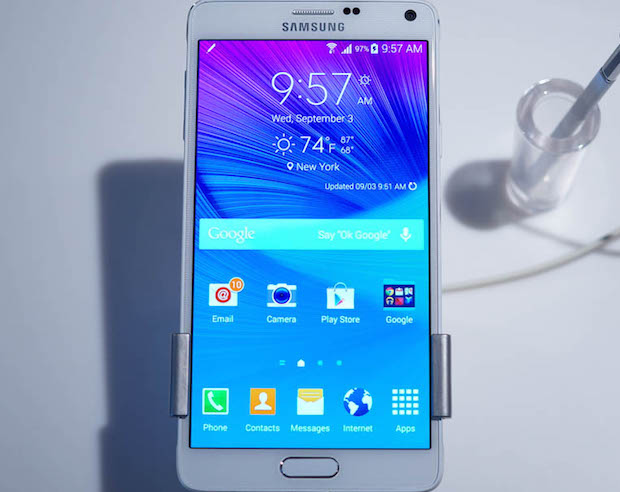 Apple’s iPhone 6 Plus is the company’s first crack at a phablet and it looks like initial feedback from consumers has the phablet king a little worried.

According to the Korea Times, the Note 4 will now launch in Korea this week, as opposed to the October launch schedule that Samsung had originally scheduled. The device will land on Korea’s SKT, KT and Uplus on September 26th.

“The positive reaction from consumers to those two Apple devices prompted us to launch the Note 4 earlier than previously scheduled,” a Samsung official is quoted as saying. “Samsung will be aggressive in promoting the Note 4 as it’s true that we are being challenged and pressured amid a difficult situation.”

The Note 4 was launched at IFA in early September and was scheduled for global release in October. It’s not clear if this new release date will have any impact on international launch dates, though we do know the device doesn’t hit general pre-orders in the UK until September 29 (you can pre-order from a Samsung Experience store as of last Friday). The US release date is scheduled for October 17. Samsung Canada has yet to release local launch details.