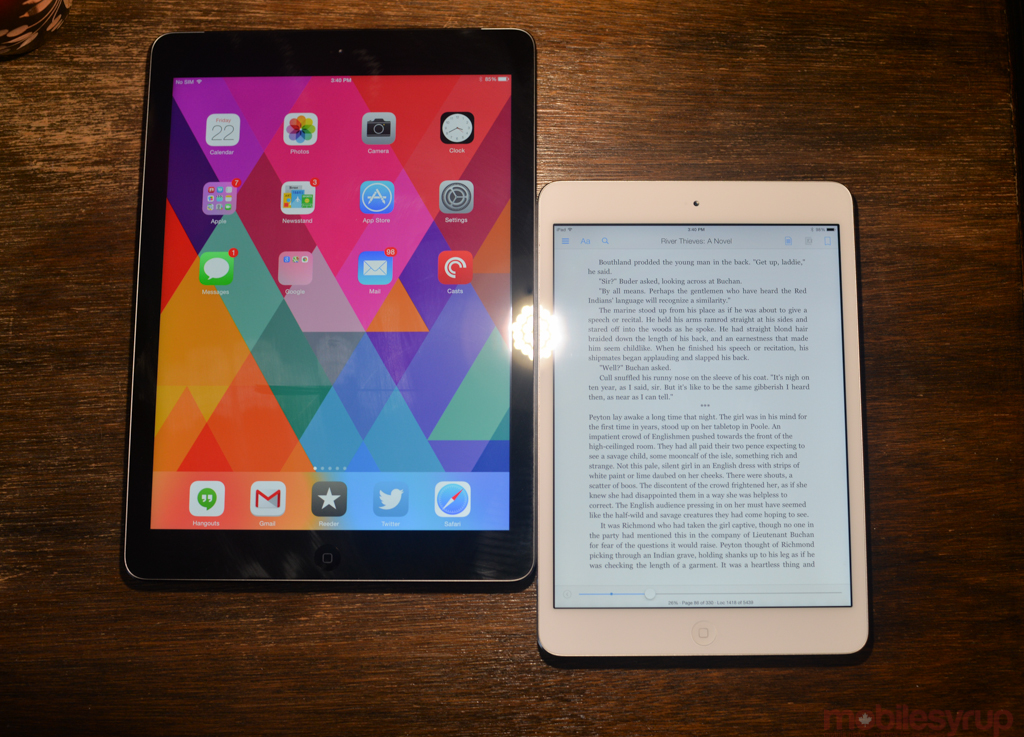 Apple announced the iPhone 6 and iPhone 6 Plus, which will be widely available this Friday, just last week. While many wait for the company’s first wearable, aptly called the Apple Watch, to hit the market in early 2015, Apple is apparently prepping for yet another event. The company is tipped to unveil a new round of iPads as soon as next month.

According to the latest buzz, Apple will announce a 9.7-inch iPad and a 7.9-inch iPad mini with Retina Display on October 21st. No other details were listed, but it should be noted that an October iPad unveiling for Apple fits with its regular fall refresh cycle. OS X Yosemite, and the official launch of Continuity, should be unveiled at the same event.

Update: The Beard himself, Jim Dalrymple, said “Nope” to the rumoured iPad announcement, though it may just be a date conflict rather than absolute denial of an October event.