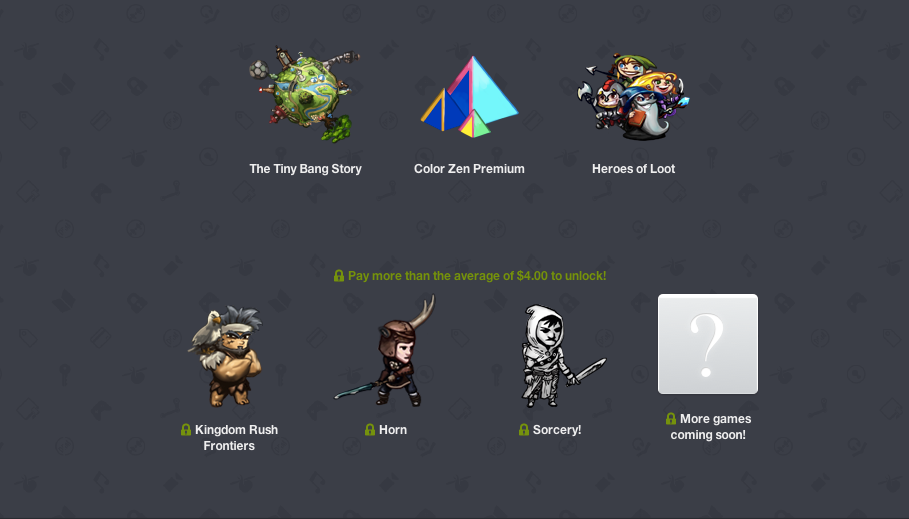 Making good on their plans to release a new bundle of mobile games every fortnight, the Humble crew has released another Humble Bundle filled with gaming gems. Humble Mobile Bundle 7 is practically a Medieval Times of mobile game, featuring Heroes of Loot, Kingdom Rush Frontiers, Sorcery!, and a few others that are familiar with the business end of a broadsword.

If you’re not familiar, here’s how it works: each Humble Mobile Bundle is Android DRM-free, with proceeds split between the game developers, and charities like the Electronic Frontier Foundation and Child’s Play. You decide what you want to pay, but if you pay more than the average price, you get access to the whole game bundle, rather than the base tier of games.

The Humble Mobile Bundle 7 will be available until September 23rd, so hit the source link below if you’re interested. Alternatively, you can also check out the new Humble Bundle app for Android.