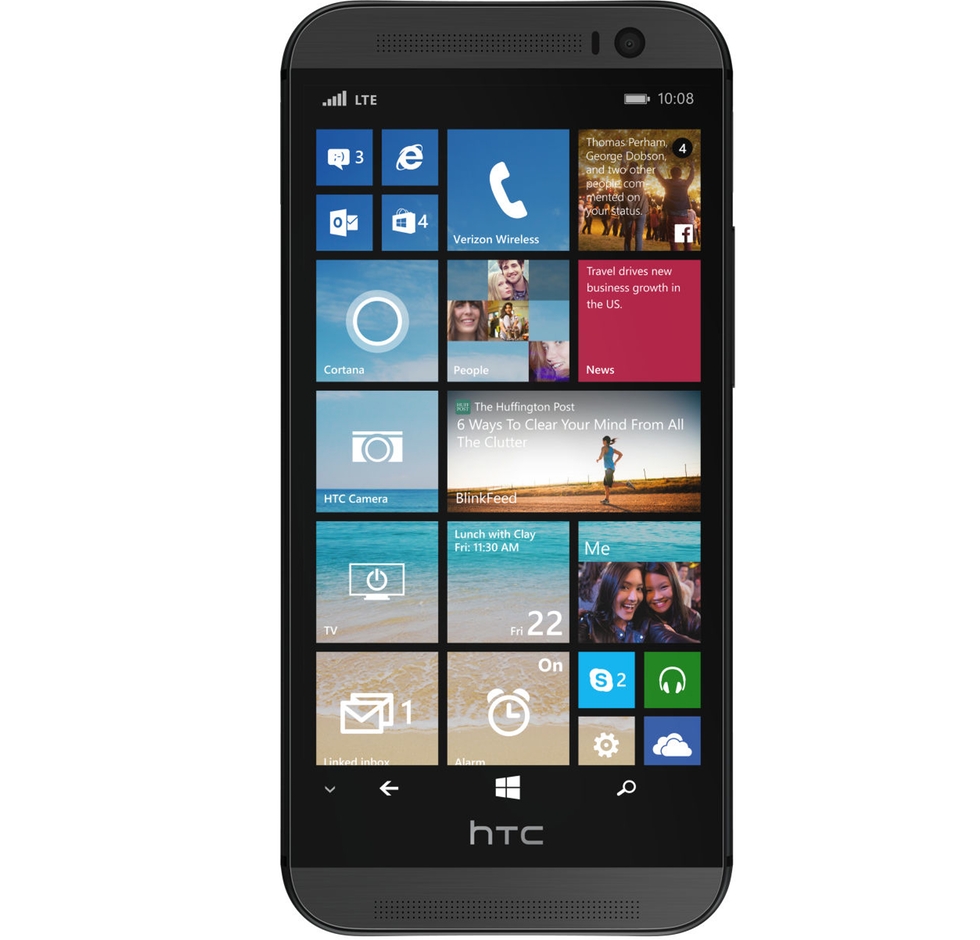 HTC will be releasing its One M8 as a Windows Phone. While the proof of such a device couldn’t be assured until today, we knew with near certainty that HTC’s August 19th event would be to unveil the product.

Now, a photo from Verizon’s own servers lends even more credence to the One M8 for Windows, its rumoured production name. The device looks identical to the Android version, but its home screen features Windows Phone 8.1 and its new on-screen buttons. Microsoft recently made changes to Windows Phone’s framework to support virtual navigation buttons on higher-resolution devices so Android manufacturers could port their existing products over to Windows Phone without making changes to the chassis.

If you look closely at the rendered image, a few things pop out: BlinkFeed will make its way to Windows Phone as a separate app, while HTC Camera will presumably handle the backend work for the M8’s Duo Camera, which allows users to change focus after the photo has been taken. The Taiwanese OEM also looks to bring its home theatre control app, HTC TV, to Windows Phone.

Then there are Windows Phone 8.1 mainstays like Cortana, Xbox Music, OneDrive and more. And that small arrow next to the back button? It’s to hide the on-screen buttons themselves to give apps more space to roam. Very cool.

We’re not sure whether the One M8 for Windows Phone will be a Verizon exclusive, but we’re selfishly hoping one of the Canadian carriers picks it up. As much as we love Nokia’s devices, the Windows Phone market in Canada needs a bit of life breathed into it.