Video demo of the BlackBerry Passport’s touch-enabled keyboard: ‘The entire keyboard is a trackpad’ 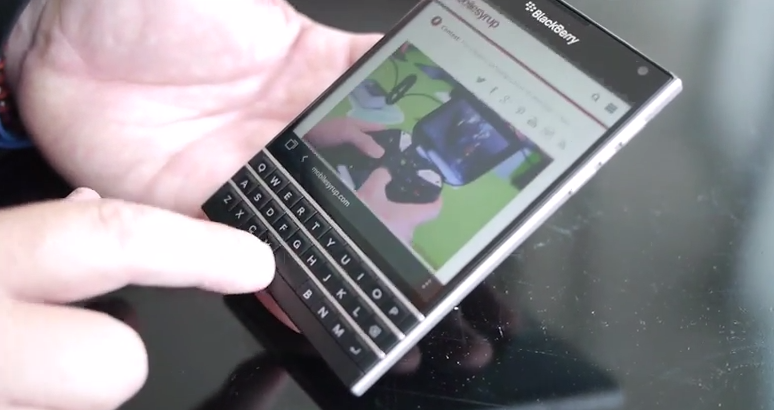 During BlackBerry’s Security Summit in New York yesterday, the company announced the acquisition of security leader Secusmart and announced a redesign of BBM for Android and iOS.

Probably the most exciting news was that the BlackBerry Passport was shown in a video demo of the touch-enabled keyboard. We’ve seen this before on a leaked video, and then BlackBerry detailed the finer elements of the 3-row QWERTY/touch device on a blog post. The video demos shows how the Passport has similar features to previous BlackBerry 10 devices with the predictive text that allows users to simply flick up the suggested word. In addition, the entire keyboard is a trackpad, according to the company, giving users the flexibility to use either the screen or display to scroll.