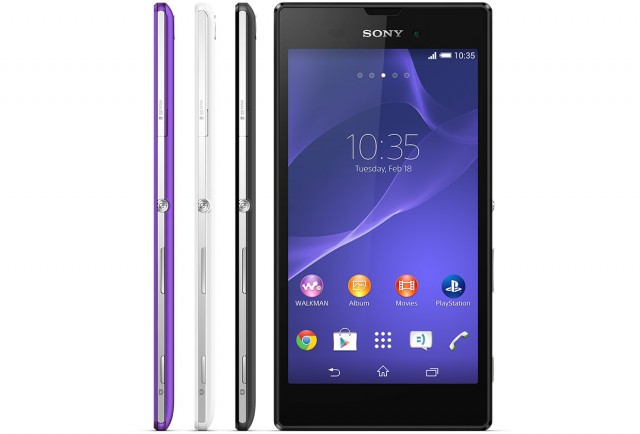 Sony is set to bring its 5.3-inch mid-range behemoth to Bell, Virgin and SaskTel this August. The device was announced back in June as “the slimmest 5.3″ device” on the market at 7mm, and will arrive with Android 4.4.2 in tow.

The device sports a 5.3-inch Triluminos 720p IPS display, 1GB of RAM, 8GB of internal storage (which is expandable using microSD), a 1.4Ghz quad-core Snapdragon 400 (Cortex A7-based) SoC with Adreno 305 GPU, an 8MP rear camera and a 1.1MP front camera. Along with a 2,500mAh battery, it comes with all the connectivity fixin’s, including Bluetooth 4.0, NFC, Miracast and LTE connectivity.

The device launches in black, white and purple colour variants, and while pricing is not known at this point, it will also be sold unlocked at Sony Stores and online.