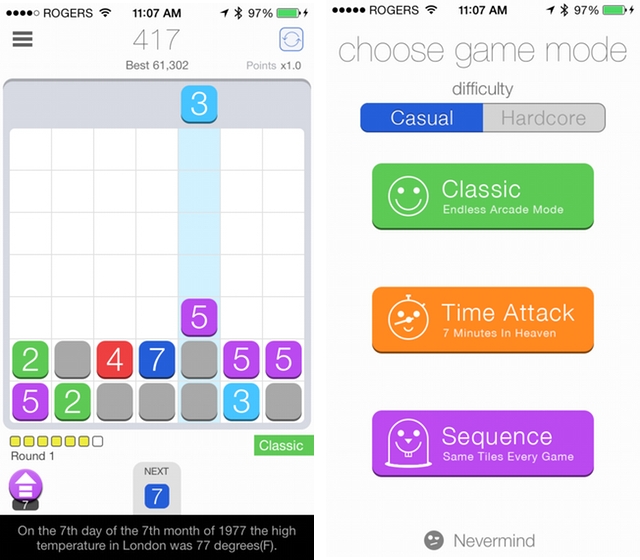 Drop7 was the first truly great mobile game I played on the iPhone. Its simple-yet-addictive number-matching gameplay was so good that Zynga took over the title’s publishing rights in 2011 and promptly stopped updating it. As a result, its development has remained stagnant, and while it’s still playable on the iPhone 5 and above it lacks the high-resolution panache of more modern puzzles.

Enter 7 sevens. It’s not a great departure from Drop7, but developers Grumble Games have added a few new twists, and an attractive flat design, to the genre. At $0.99 with no in-app purchases, it’s not a large investment, either.