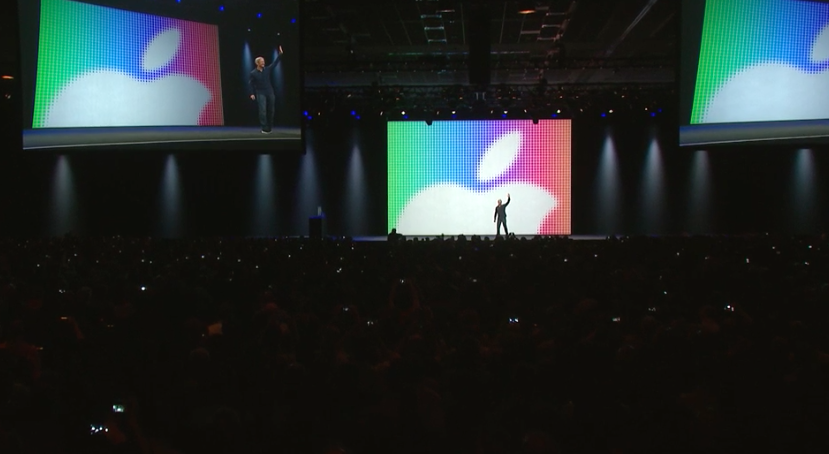 Apple has announced iOS 8, its latest operating system for the mobile ecosystem that now boasts over 800 million devices. 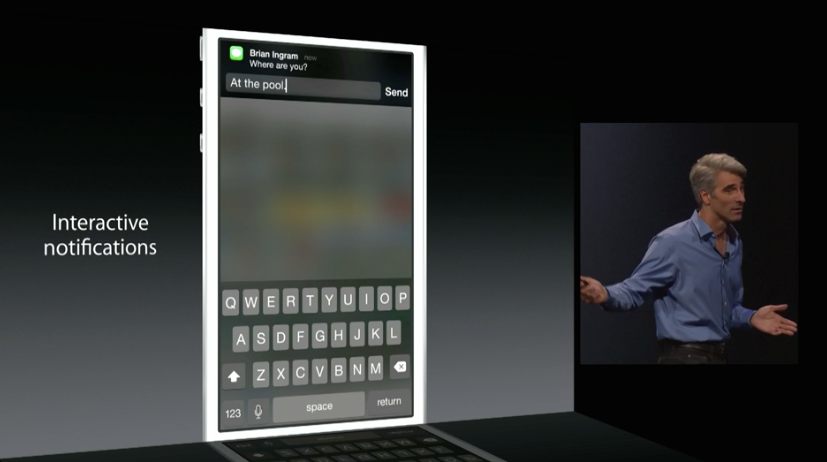 The company has announced interactive notifications, something that users have been waiting for for a long time. This entails swiping down on a notification — a message, for example — to reply to them, without ever leaving the app. The same applies to apps like Facebook, which allow for responding to notifications from the top of the screen. 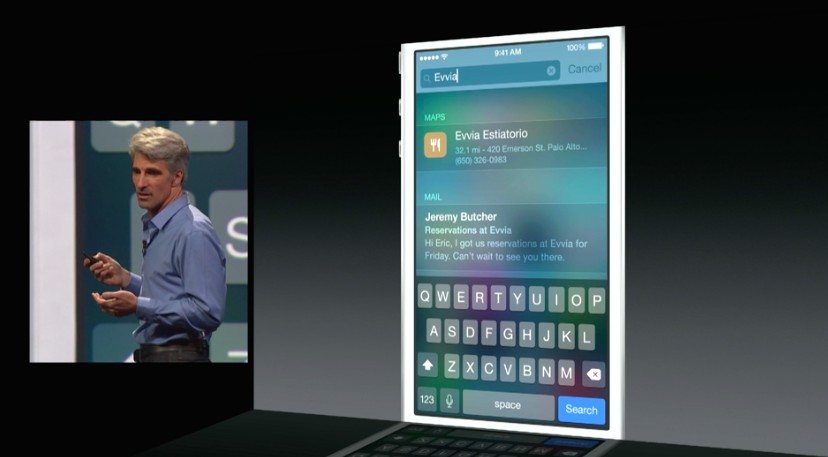 Spotlight has also received a significant update, adding the ability to search for content on the internet, and the App Store, from a single keyword. 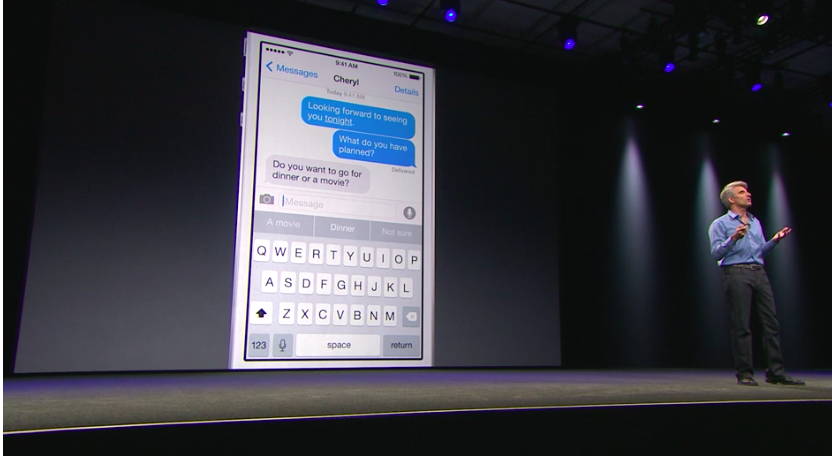 As for the keyboard, Apple has developed Quick Type, a new predictive autocorrect feature that, like Android and Windows Phone, suggests words as you type. Apple promises that different apps will learn how you type depending on the context, so it will suggest different words depending on whom you’re talking to. 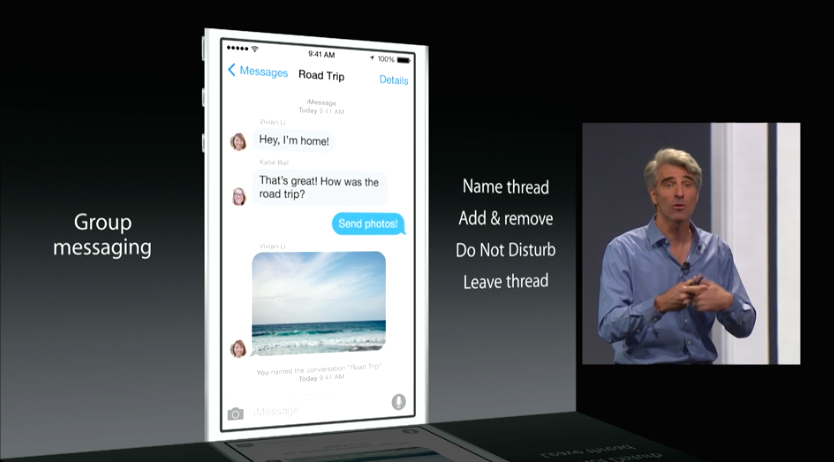 Apple is adding new features to Group Messaging, such as naming and Do Not Disturb. Finally, sharing locations is easy within the Messages app, something that IM apps like BlackBerry and WhatsApp have been doing for some time. 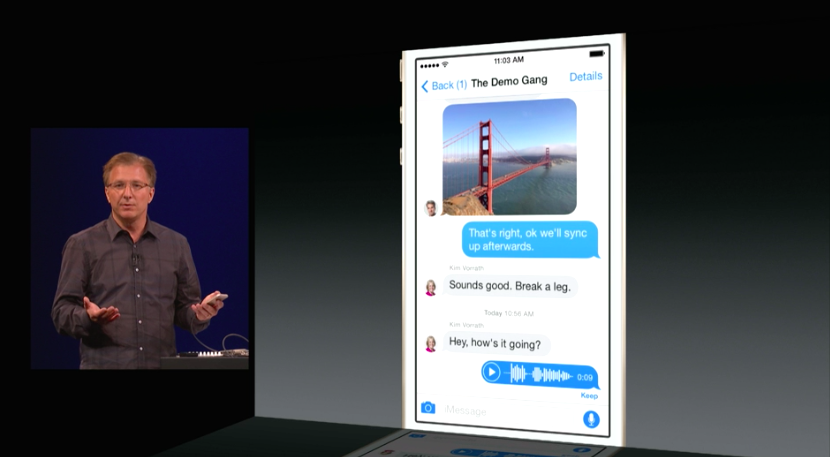 Another feature taken from WhatsApp (and others), Apple has added voice messaging and video memos to Messages. 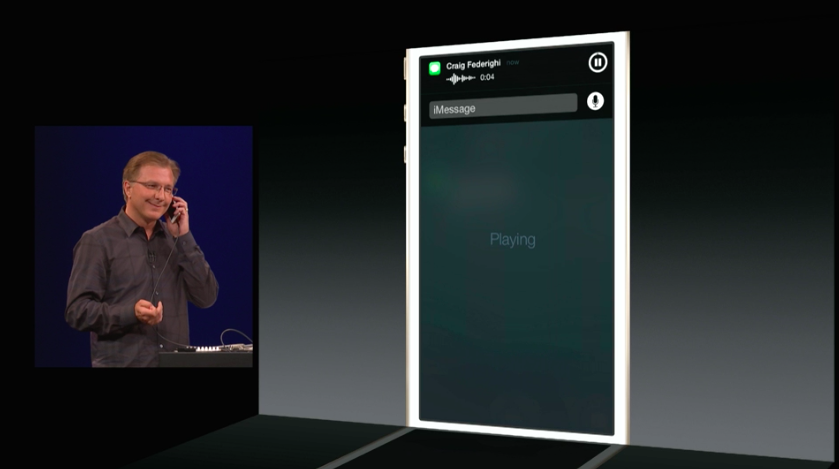 Finally, you can listen to and reply to these voice and video messages from the lock screen by raising the iPhone to your ear. 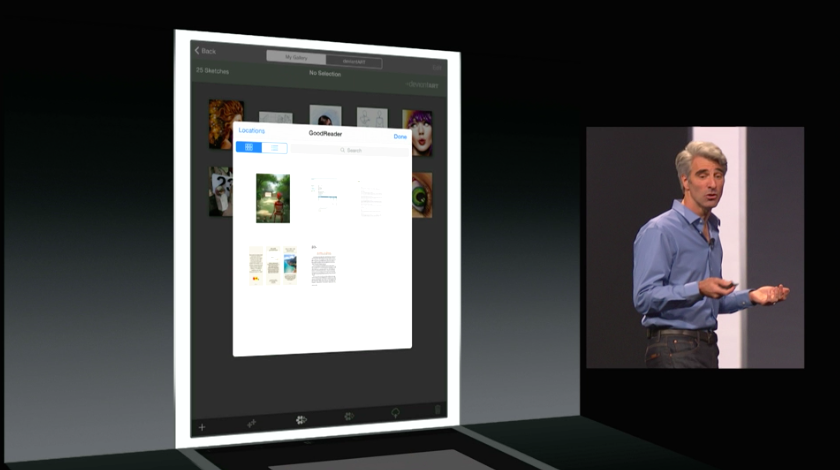 Apple has debuted iCloud Drive, a way to load documents into native Apple and third-party apps from the cloud. Files saved from an iOS device will save automatically and be available on the Mac, Windows and the web, too. 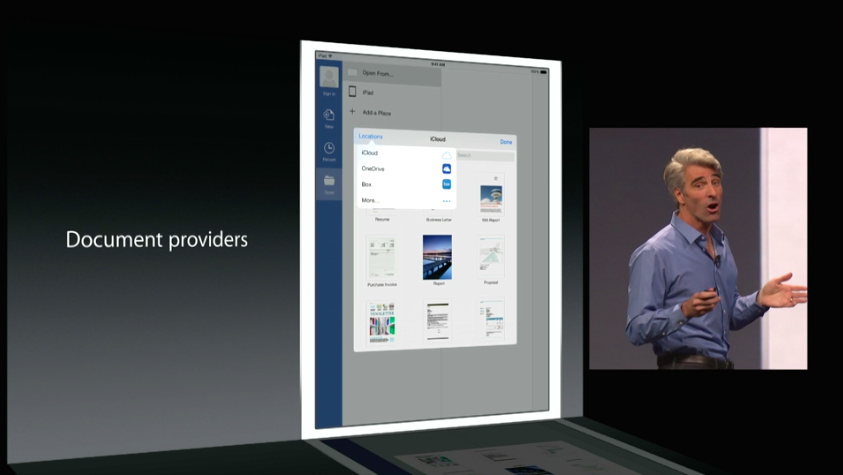 Lots of upgrades to the Enterprise, too, including multiple Document providers, in addition to iCloud, for third-party apps. 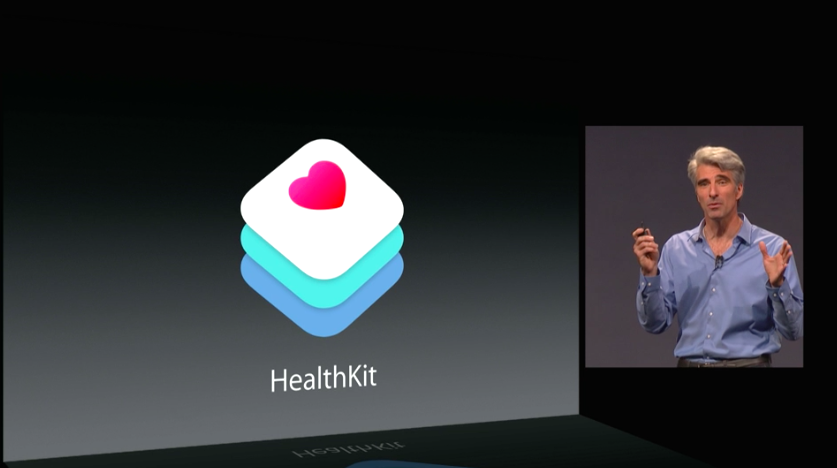 A big announcement today: HealthKit development platform and a corresponding Health application (rumoured to be called Healthbook) to accumulate all the relevant data obtained from iOS devices and wearables. 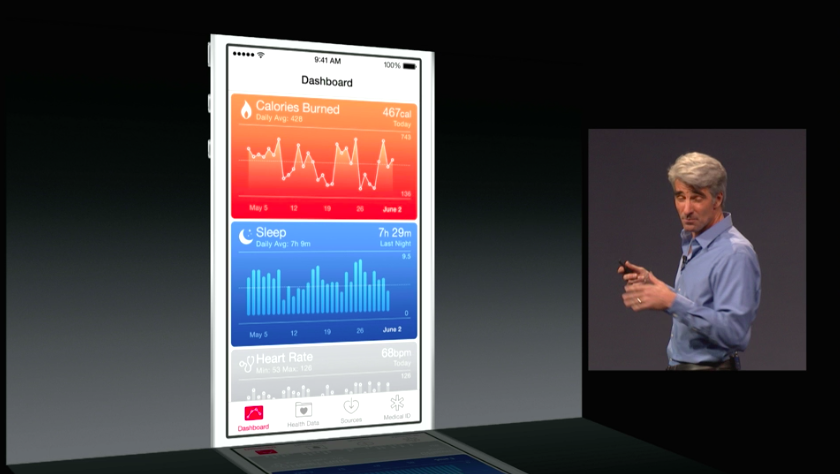 Health has some big partners, already. The Mayo Clinic and its associated organizations will be able to work with iOS devices to securely share health-related information and content. 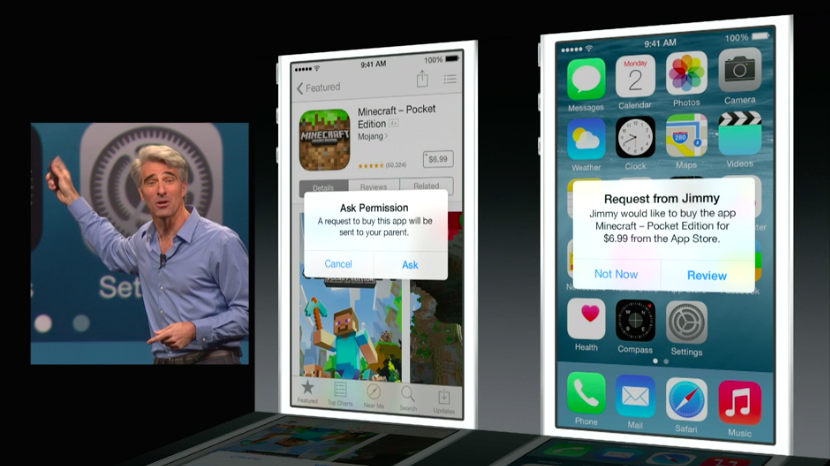 Family Sharing means it’s easy for up to six family members, on a single credit card, to share app purchases and obtain permission for children to make in-app purchases. 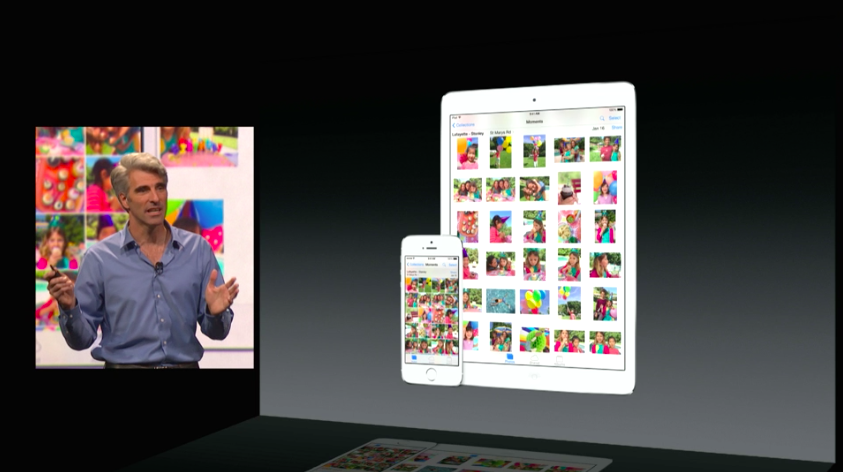 The photos experience on iOS is also getting revamped. Unlike Photo Stream, which has a maximum of 1,000 photos stored in the cloud, the new Photos iCloud integration makes it easy to share and review every photo from any iOS device on the same account. 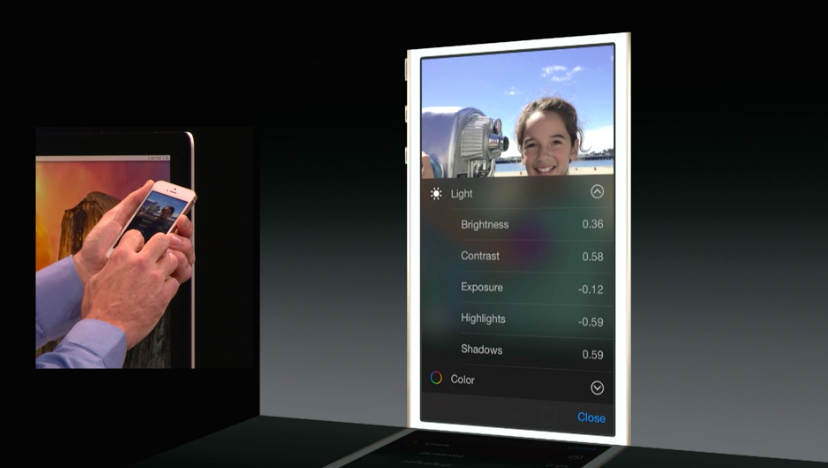 The new Photos app also includes advanced photo editing tools, and all changes are non-destructive, saved as a separate photo on iCloud. 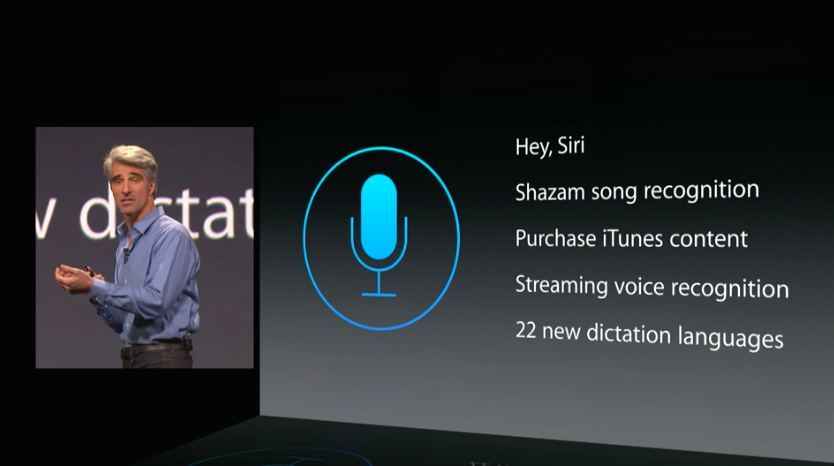 Hey, Siri. Apple has added the ability for users, when an iOS device is plugged in and charging, to activate Siri. The voice assistant service also supports Shazam song recognition, built in, without opening the app. 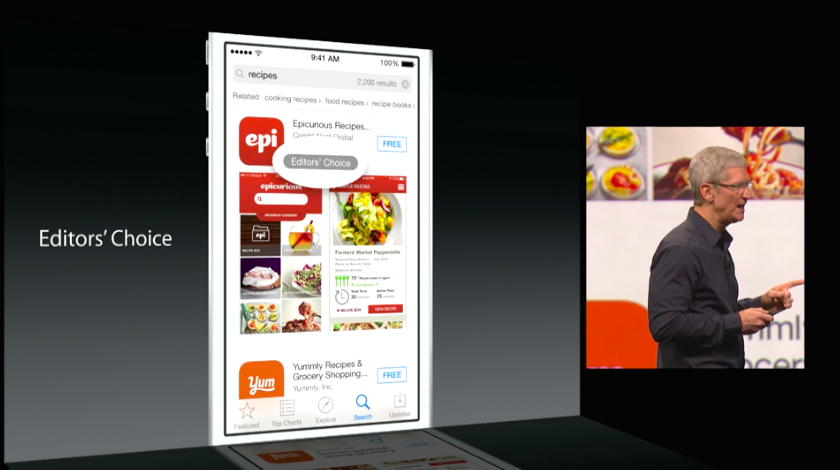 Lots of changes coming to developers with the new version of iOS. Developers can add short movies to the App Store listings, and users can beta test apps using Testflight, a company that Apple purchased earlier in the year. 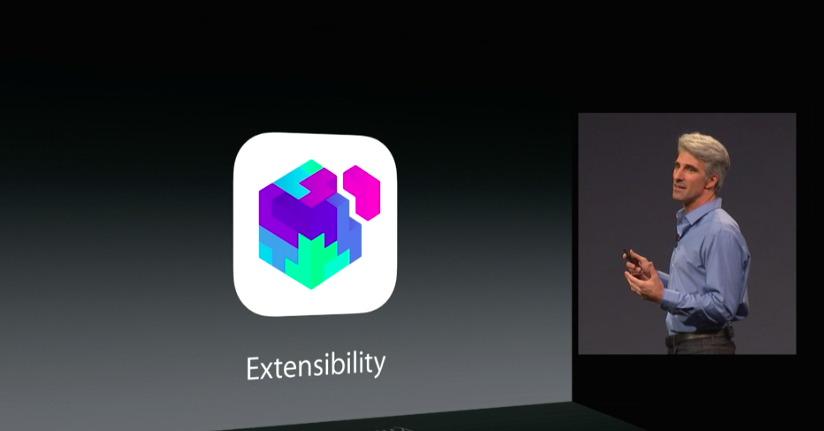 The App Store is adding an Editors’ Choice tag for apps. Devs can now sell apps in bundles, at a discount, too. 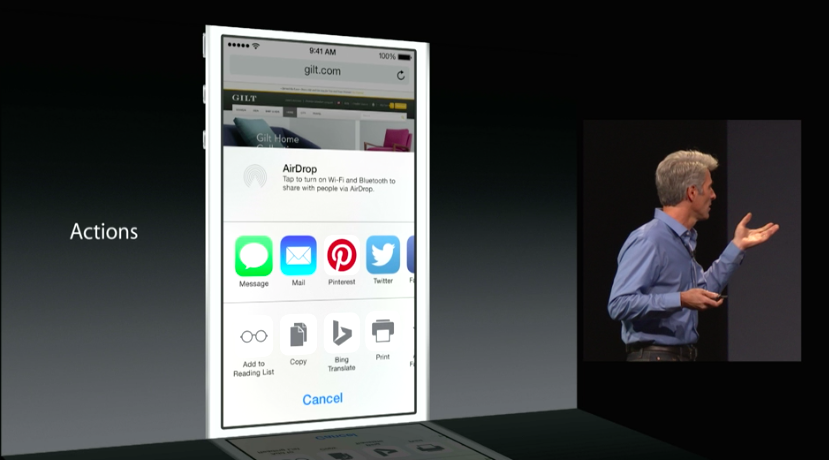 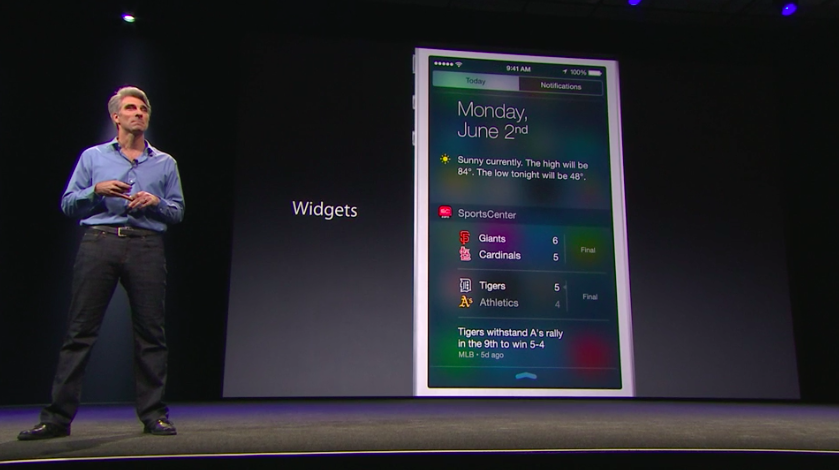 Third-party developers can also create widgets for users to add to the Notification Center. Lots of feature reproduction here.

Users can actually act on these extensions in-line. 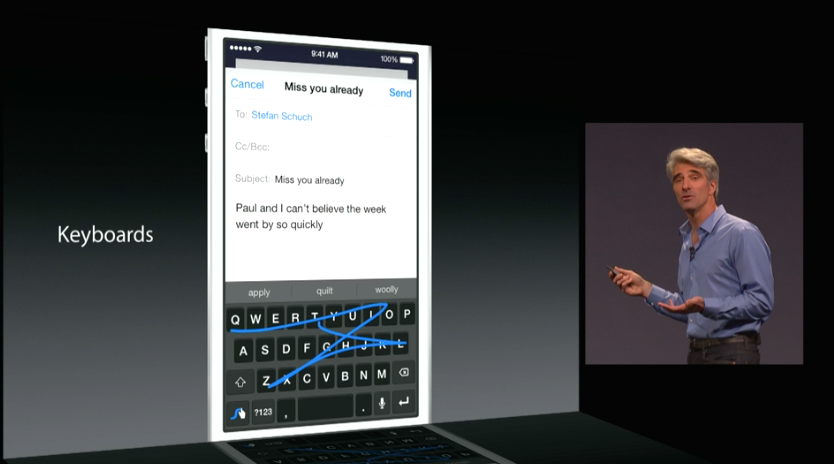 Finally, third-party keyboards like Swype are coming to iOS. And Apple has released a TouchID SDK while retaining user security. The fingerprint data is never exposed to the system. 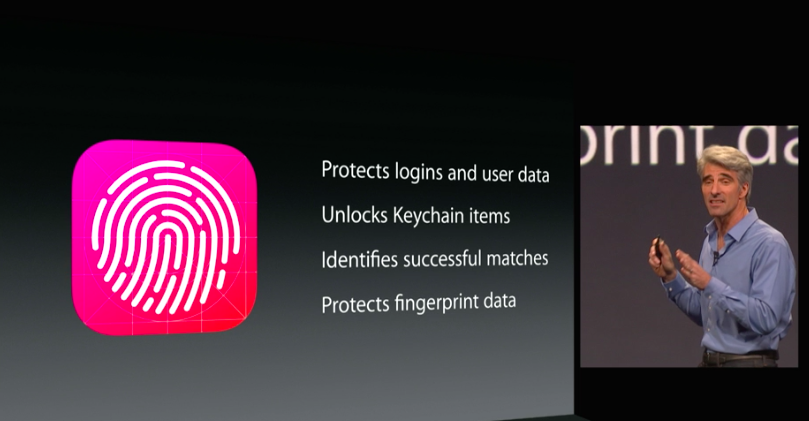 TouchID will likely be a huge part of the next set of iOS devices — iPads, too. 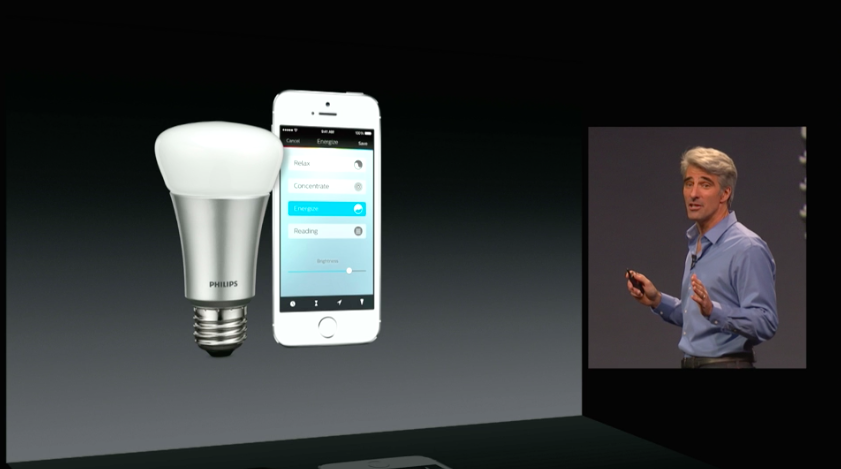 Apple debuted HomeKit, a common network protocol for home automation. Apple has teamed with a number of hardware manufacturers for lights, garage doors and more to work with the iPhone, iOS and Siri. 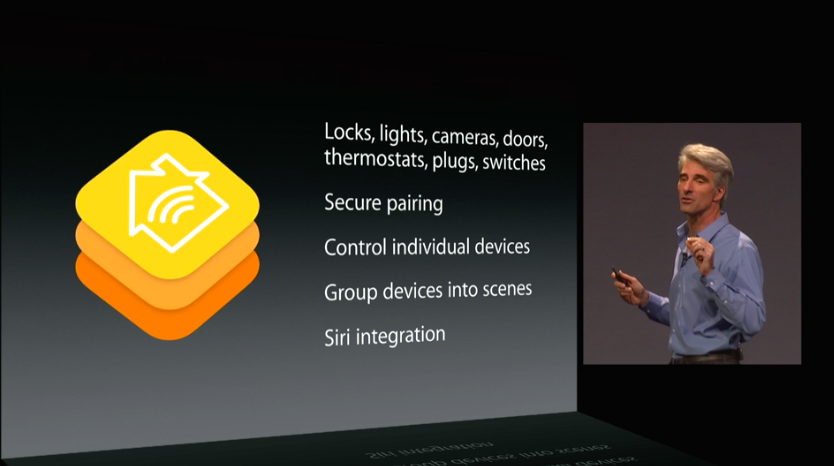 It will be very interesting to see how developers work with this new HomeKit SDK. 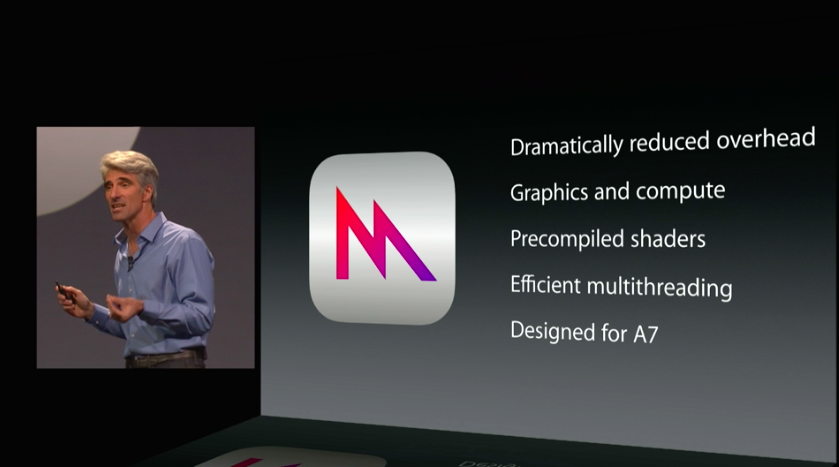 Apple has introduced Metal, a low-overhead graphics framework that works directly with the A7 chip on the iPhone and iPad. 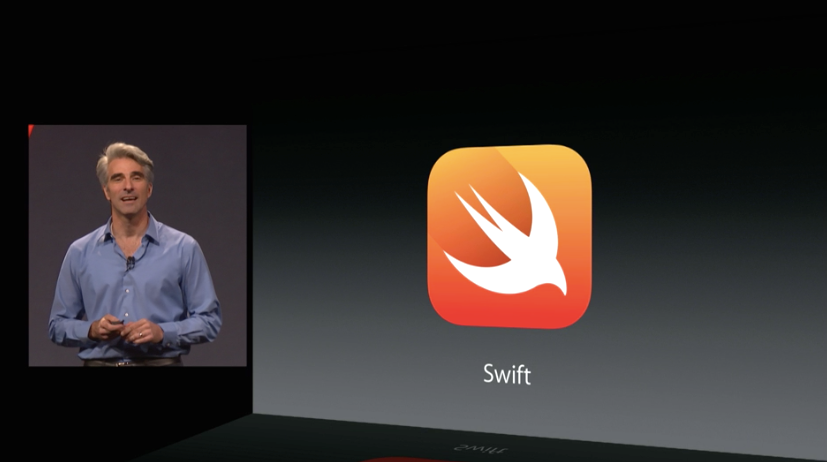 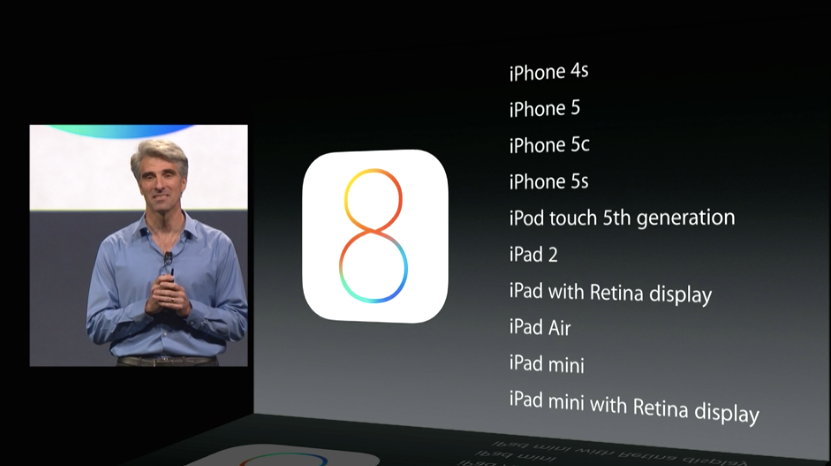 Finally, iOS 8s is available in beta today for developers, and will come to the rest of the Apple world in the fall, on the device list above. Looks like they’re dropping support for the iPhone 4.

Thanks for tuning in, folks!