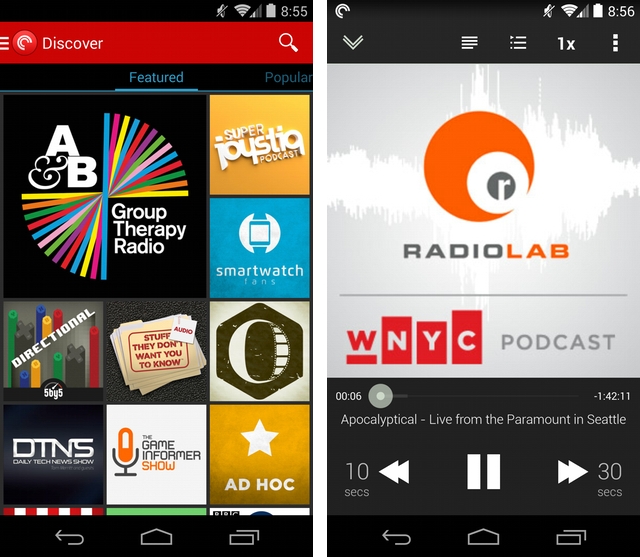 One of Android’s best podcast managers, from the good Australian boys at Shift Jelly, has been updated with a number of new features and improvements.

Pocket Casts 4.5 adds Chromecast support to the mix, allowing users to “cast” their audio and video podcasts to a TV or HiFi with one click, similar to YouTube or Plex integration.

The app, which was overhauled last year with a new interface, has once again undergone some aesthetic changes, with accompanying background colours to the podcast you’re listening to.

It’s also now possible to dynamically create playlists of what to play next, inserting a podcast into the middle of an existing list, similar to Stitcher. And Shift Jelly added sync support to this version, so registering an account will synchronize podcast subscriptions, playlists and metadata between Android and iOS.

Though there are a number of excellent podcast apps on Android, including BeyondPod and long-time favourite DoggCatcher, Pocket Casts seems to have found a niche among tech enthusiasts, and promotes many of the best Android podcasts in its Discovery section (which in turn gets it more press).

I mainly use it to listen to RadioLab because it’s just so damn good.

iOS 14 to include revamped Podcasts app with recommendations, extras: rumour