Minuum Keyboard 2.0 debuts on the Play Store with 30-day trial 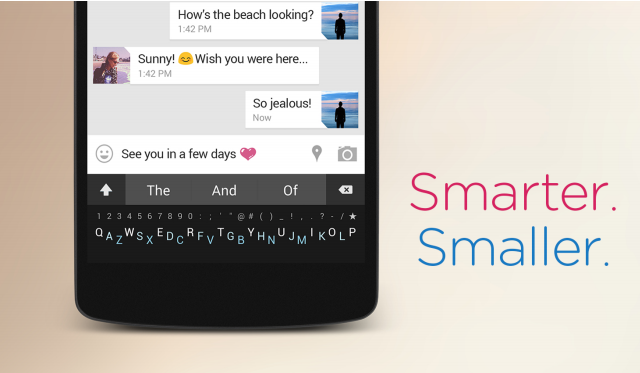 Think of Minuum 2.0 as a 1.0 if the 1.0 was actually a beta. Confused? Don’t be: all you need to know is that Whirlscape, the Toronto-based company currently spending its days in foggy San Francisco under the watchful eye of Y Combinator, has over the past few months completely overhauled its one-dimensional Android keyboard, making it not only easier to use, but far more enjoyable.

“We’re constantly testing out new features and improving the disambiguation algorithms,” says Will Walmsley, CEO and co-founder of the company he started at U of T’s Dynamic Graphics Project lab. The company raised $500,000 in seed funding earlier this year, and under the advisement of Y Combinator, began releasing often, trialling new features in what they call Bonus Panels, secondary functions that quickly allow users to change languages, add emojis and more.

Whirlscape also updated the one-dimensional keyboard’s look, giving it a flat fate and a more muted colour set. But perhaps the most important addition for the average user was a full-sized keyboard for times when extra screen space isn’t required. “For people who are scared to use Minuum as their full-time keyboard, we made the full-sized keyboard fully-featured,” Walmsley tells me. He says there are now 40,000 users of the app, which is a huge number considering they’ve been charging $3.99 for what amounts to a paid beta.

Now that the beta period is ostensibly over, the company is moving forward with its plan to add its next 400,000 users: a 30-day trial of Minuum for Android, along with significant bug fixes, performance improvements and expanded language support such as Portuguese. 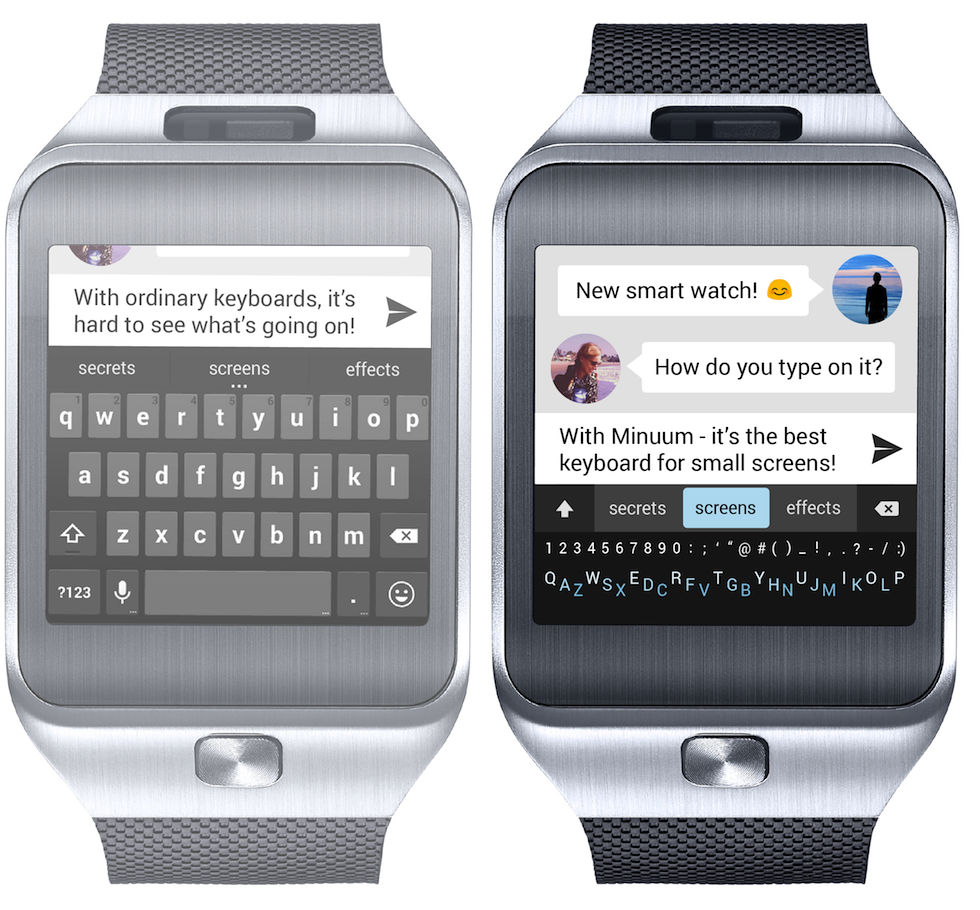 During our conversation, Walmsley reiterates that an Android keyboard is but one destination for Minuum’s intelligent autocorrect and disambiguation algorithms: it is working with at least one smartwatch manufacturer to become the de facto virtual keyboard on wearable products, and has already demoed its capabilities on the Samsung Gear 2.

Then there’s the company’s work with Leap Motion, using gestures captured from a camera to facilitate real-time input, which was demoed just this week. The 10-person team, led by Walmsley, is ambitious and hungry: they know that smartphones are but one platform for its technology which, at its core, is about making it easier for the average person to type, regardless of medium or method.

Minuum 2.0 for Android is its most public outing yet, and the free trial should help install it in a lot of pockets. But it’s the smartwatch and Leap Motion stuff I’m most interested in, as they have the potential to allow for quick typing in situations where one would never believe it possible.