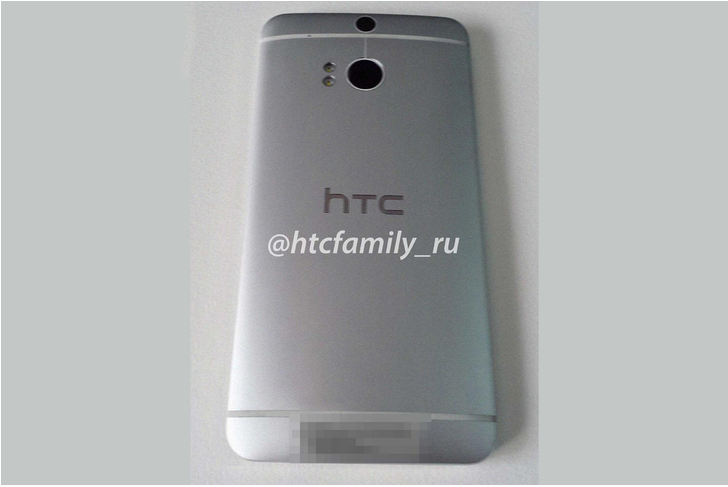 HTC’s next flagship device, which currently goes by the codename of M8, has leaked online. The official name for this device is not yet known, but this will be the successor to the popular and well-built HTC One from last year. HTC, as previously reported, has decided to keep the same design lines and improve its specs.

A couple of weeks back, Bloomberg confirmed online rumours that the M8 will sport an UltraPixel “twin-sensor rear camera.” This picture shows it to be true along with dual-lenses, but no word on the number of megapixels or how this will improve the quality of your photos.

The specs of the M8 have been rampant online and is expected to come running KitKat with Sense 6.0, have a 5-inch 1080p display with a 2.3GHz Qualcomm quad-core Snapdragon 800 processor. The front-facing camera is tipped to be 5MP.

HTC’s smartwatch possibly called the One Wear, tipped for a late August release