Smartwatches want to replace your smartphone, but are we ready for it? 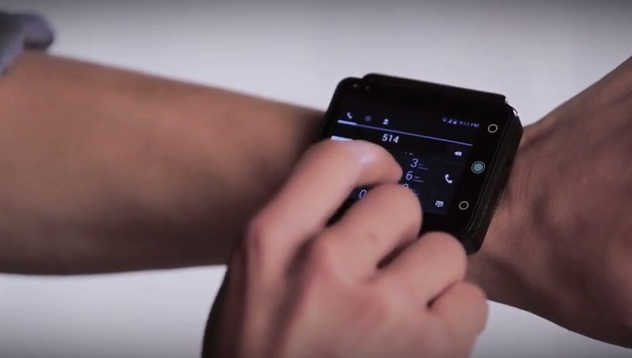 Earlier this month, Montreal’s Neptune successfully raised over $800,000 for their standalone smartwatch Pine. With over 2,800 backers, Neptune is currently the most successful Canadian Kickstarter project since the crowdfunding platform launched in Canada back in September.

But what further distinguishes Neptune Pine in what is fast becoming a crowded smartwatch space, is the fact that it can act as a standalone smartwatch – meaning it can function completely without an iPhone or Android.

This isn’t the first successful crowdfunding campaign for a standalone smartwatch. Back in September, close to 4,400 backers pushed New York based Omate TrueSmart over the one million dollar mark.

Both the Omate TrueSmart and Neptune Pine represent a new breed of “smarter” smartwatches. Unlike the Pebble Smartwatch, which raised over ten million on Kickstarter back in 2012, the Pine and TrueSmart can be used with a separate micro-SIM card, freeing the smartwatch from the need to be tethered to a phone in order to function.

“Over the last year there have been so many new smartwatches appearing on the market but none of them really seem to be living up to the hype,” explains Neptune Founder & CEO Simon Tian in his Kickstarter video. “They are usually sold as Bluetooth accessories for your phone either for fitness tracking or as some sort of notification centre. We believe that a smartwatch should be a truly standalone device.”

Tian’s vision to replace the smartphone is a bold one and Omate and Neptune’s crowdfunding success proves that there is a market, albeit small, for independent smartwatches. But in a time when smartphones are getting bigger, are we ready to throw away the comfort of a larger display for the convenience of a connected device on our wrist?

The biggest challenge for standalone smartwatches is the fact that voice is still too buggy to be relied upon as an input method. And even with a 2.41-inch capacitive touch display for the Pine, the smartwatch screen size is frustratingly small for actions like touchscreen typing. This leaves users with mediocre options for communication, which is the primary use case smartwatches need to nail in order to replace smartphones.

“I think that as the technology advances, a continually greater portion of people will be willing to give up their smartphones for SmartWatches,” Neptune CTO Aaron Wilkins told MobileSyrup. “Right now it is mostly early adopters, but the number of people is growing every day and at some point smartwatches will outnumber smartphones and eventually render them obsolete.” 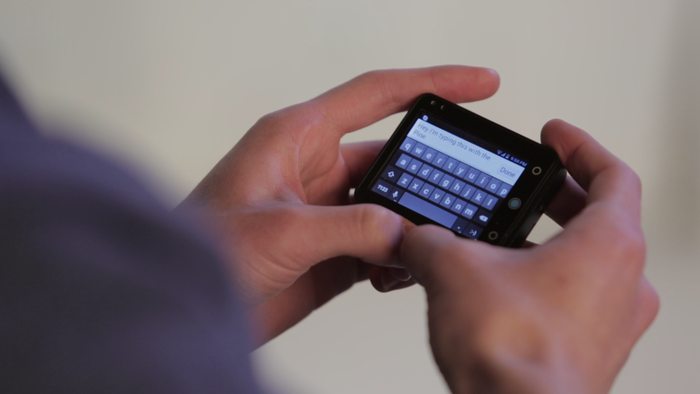 In the meantime, both Neptune and Omate are hedging their bets by allowing their smartwatches to either work independent or tethered depending on what the user prefers. The Pine and TrueSmart both pack a punch when it comes to features even as a tethered device. Voice, gesture, cameras and even fitness tracking capabilities make these devices much smarter than what is currently on the market today, possibly another reason for their crowdfunding success.

As technology gets thinner, battery life gets longer and voice gets more powerful we may see Pine and TrueSmart as being ahead of their time. The future looks to be one where wearables and other ubiquitous screens will most definitely replace our smartphone. Just take a look at this concept video from Samsung Display. But until then, expect to have your phone in your pocket and your smartwatch on your wrist, just how the Galaxy Gear and Sony Smartwatch currently operates.