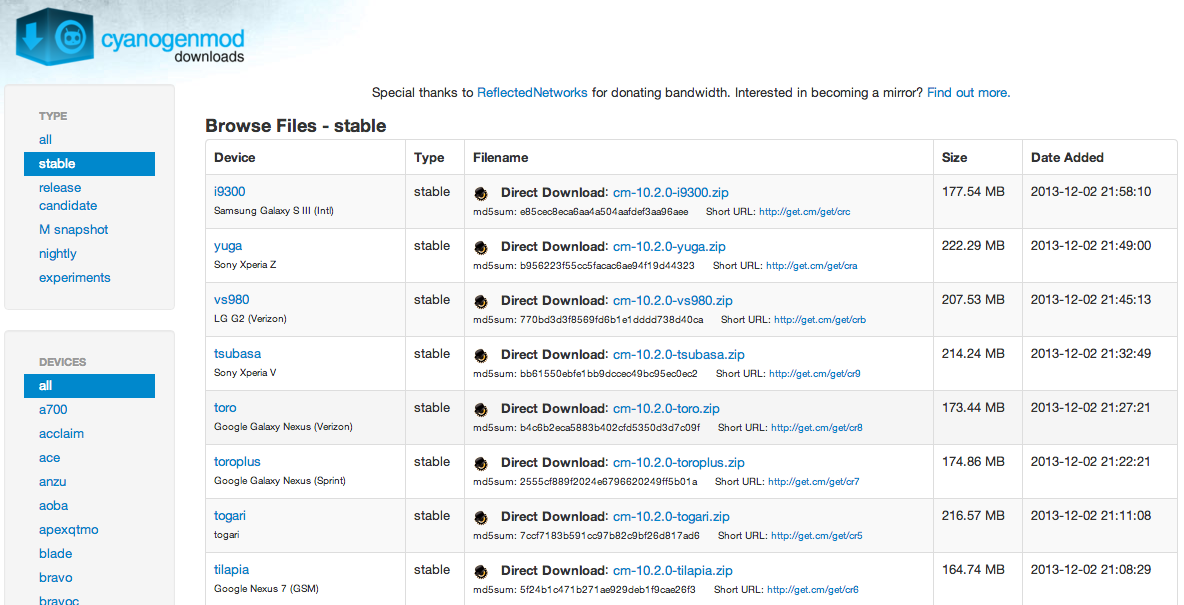 CyanogenMOD users, take note: stable builds of CM10.2, based on Android 4.3 Jelly Bean, are rolling out to most supported devices.

While Nexus devices dating back to the Nexus S are support, other handsets like the Samsung Galaxy S3, HTC One X, LG Optimus G, Sony Xperia ZL and others are supported as well.

CyanogenMOD is the best way for older devices, not yet updated by their official OEM and carriers partners, to gain the latest Android features. The release of CM10.2 stable also notes the impending release of CM11 nightlies, based on Android 4.4 KitKat. Unofficial builds are already available for some devices, like the Nexus 5, but the CyanogenMOD team have not yet incorporated them into their automatic nightly build engine.