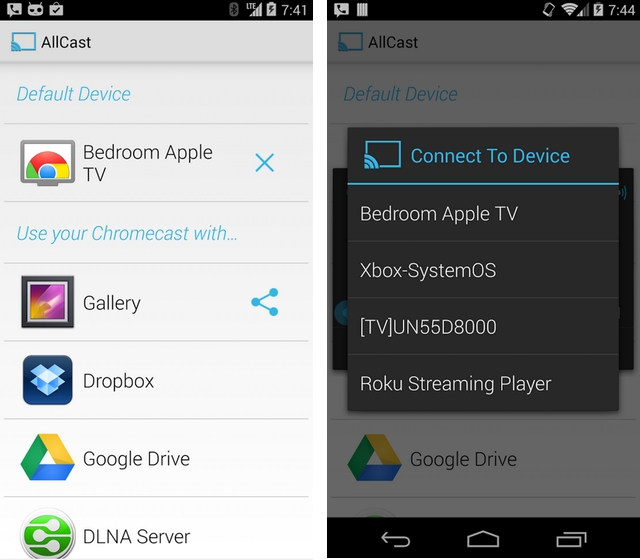 Koush’s AllCast has had a long road to this point, initially using Google’s unreleased Chromecast API to transmit local content to the company’s new $35 HDMI dongle.

Now, in light of Google’s delayed release, AllCast is being released to the Play Store in beta, able to steam local video content to one of many DLNA-compatible set-top boxes. This includes Apple TV, Roku (all gens), Xbox 360, PlayStation 3, and a number of Smart TVs from Samsung, Panasonic and others.

Of course, it’s not wholly useful if you don’t store movies directly on your Android device — this is no AirPlay competitor just yet — but it’s a start.

You’ll need to join the ClockworkMod Beta Tester Community on Google+ and then become a beta tester for AllCast directly, before installing it to your device.