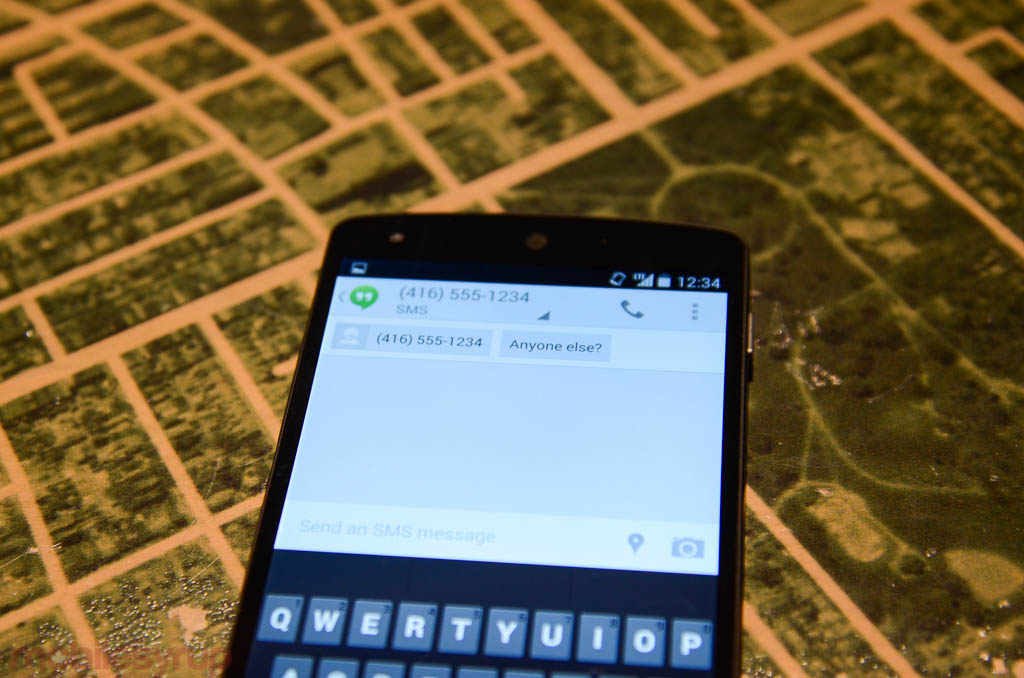 Google is finally making good on its promise to release a new version of Hangouts with SMS support to all Android devices running Android 2.3 and up. The company announced the functionality, which also brings animated GIF support, location sharing and mood status updates, at a recent Google+ event, two days before the introduction of Android 4.4 and the Nexus 5.

The version rolling out to the Play Store is slightly newer than the one that debuted on the Nexus 5, and should fix many of the video playback issues for older devices that sideloaded the APK. SMS support is unfortunately limited to Android 4.0+, but that shouldn’t be an issue for most Canadians, considering Ice Cream Sandwich and Jelly Bean are running on more than 70% of devices.

Also new today is the Play Store introduction of the new Google Keyboard, which was also introduced on the Nexus 5. It brings a new white colour palette, emoji support and “swipe-through-space” functionality, which lets you add spaces between words without lifting your finger off the screen. Finally, Google claims the layouts are “rationalized” across different display sizes, making the keyboard easier to use on 7- and 10-inch tablets.

Both updates are rolling out slowly, but Android Police has APK mirrors for Hangouts.