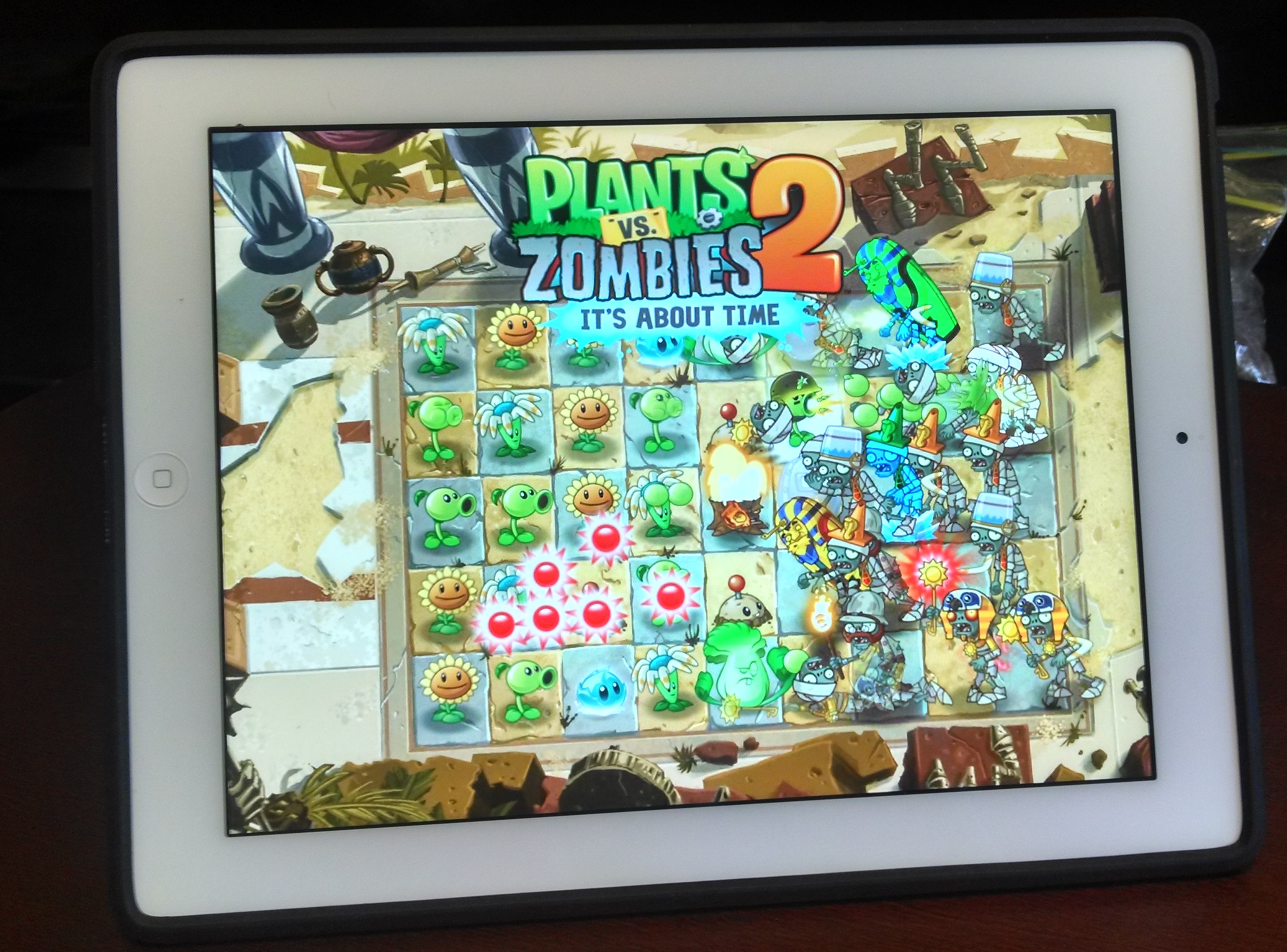 The sequel to one of mobile’s first true hits (even though it debuted as a flash game online) is here.

Plants vs. Zombies 2 is available today for iPhone, iPad and iPod touch, and costs nothing to enter, though you could leave spending far more than the original game ever cost. Yes, PvZ 2 is free-to-play, but most users will forgive publisher EA and developer PopCap Games for going this route. Unlike many other titles that almost force you to buy currency or lives to progress through the game, most expenditures within PvZ 2 are entirely optional, weapons that expand your arsenal against the relentless hoards of slow, Romero-style zombies.

Though the game looks a bit nicer than the original, fundamentals are the same: you’re in charge of planting various flora and fauna along a grid with the goal of protecting your brain. You’ll get help along the way from strange characters like Crazy Dave.

As sequels go, it does a consummate job expanding the allure of the environments — you’ll do battle in Egypt and on a pirate ship — while maintaining the core competencies that made the original so appealing and addictive.

No word on when PvZ 2 is coming to Android, but this game should set you back a few hours, and perhaps even turn your attention away from Candy Crush. It’s for your own good.