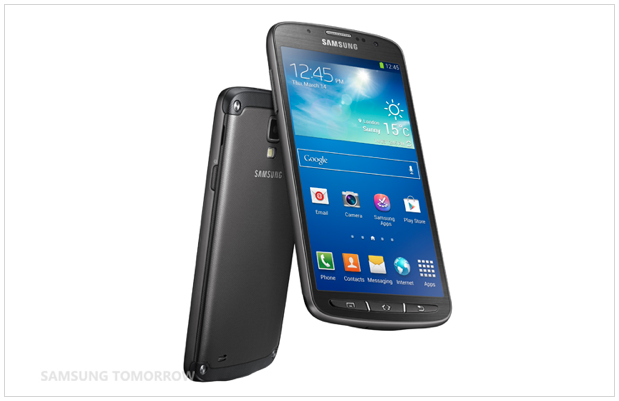 Samsung has announced the Galaxy S4 Active today and will officially be shown off the rugged Android at their upcoming “Premier” event on June 20th in London.

The GS4 Active runs OS 4.2.2 Jelly Bean and is dust and water resistant (up to a meter for 30 minutes), plus has a 5-inch 1920 x 1080 display (443ppi) with ‘Glove Touch’ that Samsung says “cold weather is no longer a problem since the touchscreen can be fully operated while wearing gloves.” Underneath there’s a 1.9GHz quad-core processor, 2,600mAh battery, 16GB internal storage and 2GB RAM. The Galaxy S4 Active has an 8MP camera, compared the GS4 13MP camera. There are some other notable differences between the two, as expected, the Active is thicker due to its ruggedness at 9.1mm thin, while the GS4 is only 7.9mm. The overall dimensions of the Active are 139.7 x 71.3mm and weighs 153 grams. The Galaxy S4 measures in at 136.6 x 69.8mm with a weight of 130 grams.

This rugged device is the most attractive one on the market and will certainly help bring style and power to the market. As for availability, Samsung says the Galaxy S4 Active will be available “beginning this summer” in Sweden and the United States in “Urban Grey, Dive Blue and Orange Flare.” No word on a Canadian release. 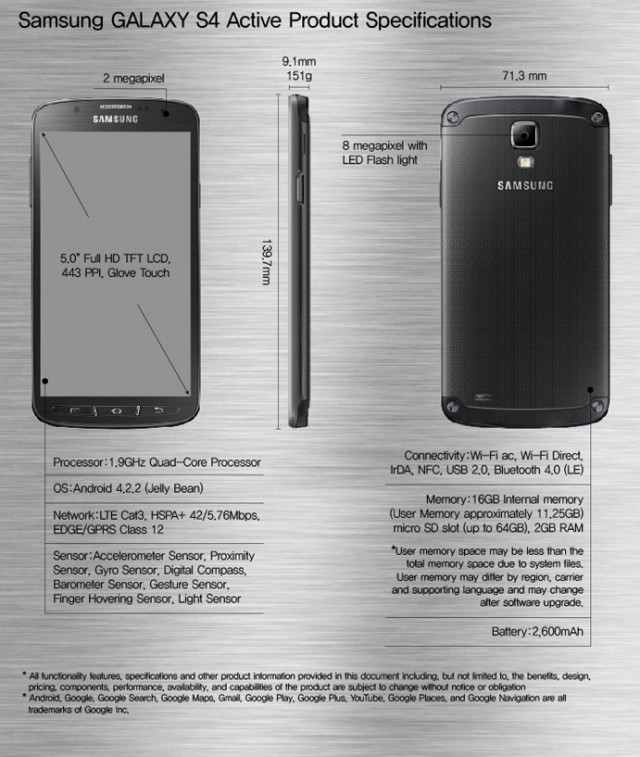