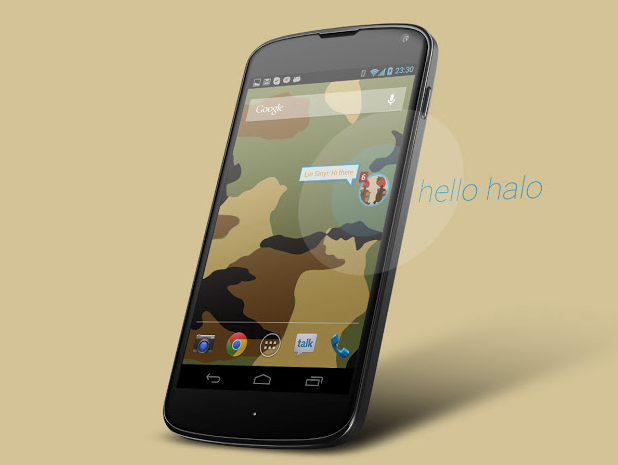 Chances are you’re not familiar with Paranoid Android, but you should be, especially if you’re into custom ROM flashing.

The third most popular in a growing tier of AOSP-based ROMs, PA started its life attempting to offer tablet features on smartphones, but has grown into something far better.

Recently, the team teased a new feature called Halo that looks to revolutionize the way Android users receive notifications and multitask between apps. Halo takes its inspiration from Facebook Messenger’s Chat Heads, but extends the same type of functionality to all apps.

Notifications show up as moveable circles above the active window, but clicking on it doesn’t just bring up a message, it opens the entire app. In a way, this is like Multi Window from Samsung, but instead of two apps existing parallel to one another, one operates above the other. The background app still works as before, so the device must have enough system RAM available to ensure a smooth experience.

The builds are available for Nexus 4, Nexus 7 and Galaxy Nexus, and are considered alpha releases, so full functionality is not enabled just yet, nor is the experience stable. The team plans to iterate Halo into three stages, turning it by the third stage into a fully-fledged notification centre and multitasking replacement.