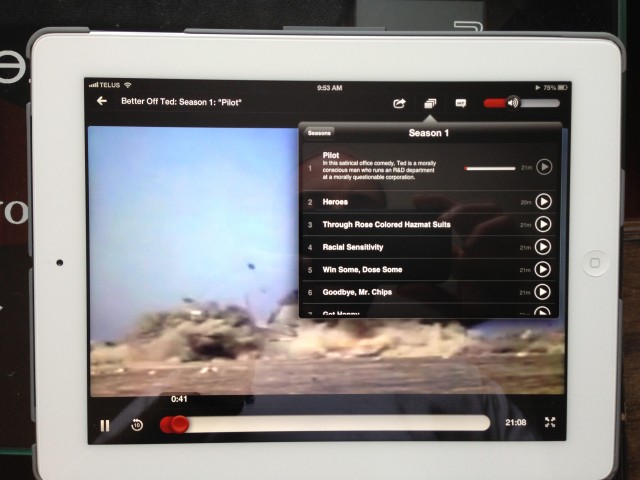 Netflix just released its Q1 2013 earnings and the company’s fortunes are looking good. It added four million new subscribers worldwide in its most recent quarter, and has been aggressively pursuing in-house production deals for new series, buoyed by the success of House of Cards and the upcoming fourth season of Arrested Development, slated for May.

The company is also focusing on improving its mobile apps, encouraging users to stick around in the app as long as possible. An update for the iPad, released yesterday, improves access to audio and subtitle controls, and introduces a new episode selector when watching a TV series. It’s a great way to encourage users to stick around and watch another episode or four, something Netflix says people are doing much more of these days.