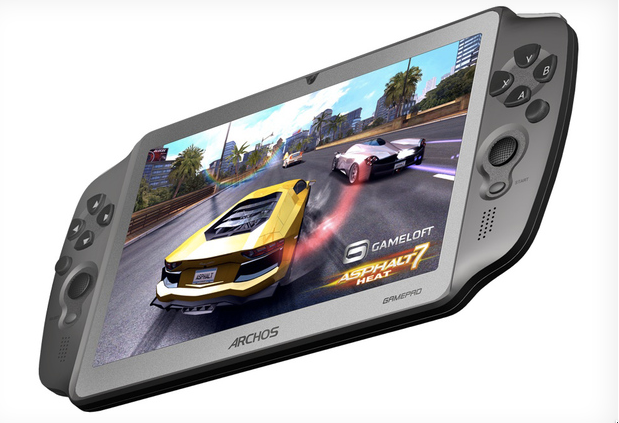 The hardware looks really robust and capable for an under-$200 tablet, with a 1.5Ghz dual-core processor and quad-core Mali-400 GPU. It will run Android 4.0 with full access to Google Play, and Archos has been working with developers over the past six months to adapt games specifically for the form factor and gaming controls. Archos has also intelligently mapped its keys to be compatible with most games even if they haven’t been specifically adapted for use on the GamePad.

While it may not beat the PS Vita at its own game — and we’re skeptical of its 7-inch size — there is something to be said for a full-on Android portable gaming device for under $200. We’re not sure if it’s coming to Canada, as it will be released in Europe in October for under 150€.

We’ll keep you posted on the interesting Archos GamePad.

Source: Archos
Via: The Verge