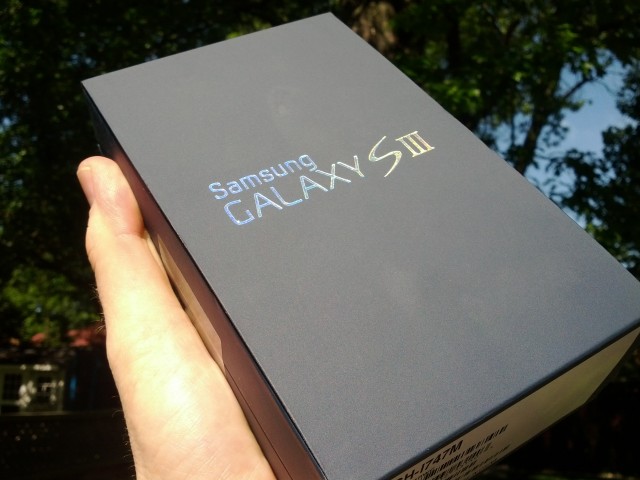 Update: This contest is now over and we’re thrilled to give this glorious handset to forum member “EddieWinslow.” Congrats Eddie! If this isn’t you, no worries. We still have a few contests happening now: TELUS Samsung Galaxy S III “Prize Pack,” Nokia Lumia 900 Dark Knight Rises and the Google Nexus 7.

Humans. Samsung’s latest flagship Android, the Galaxy S III, landed this week in Canada and it’s been designed for you. Their tag line of “Designed for humans, inspired by nature” has the masses rushing to get hold of this device – well over 9 million have been pre-ordered. Today we have a chance for you to win one of these from Rogers.

Interested in winning this beast? As usual, all you have to do is either follow us and re-tweet this contest on Twitter (@mobilesyrup), “Like Us” on Facebook (Facebook.com/MobileSyrup), or join us on Google + or our Forum. All current Facebook, Forum, Twitter and Google + followers are automatically entered. This contest closes July 12th and we’ll announce the winner shortly after.