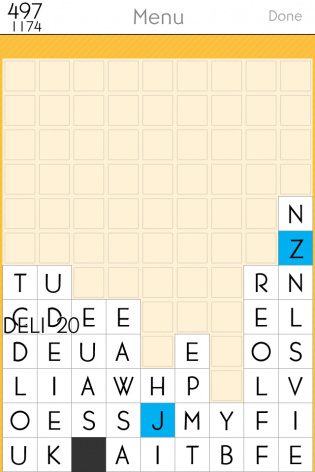 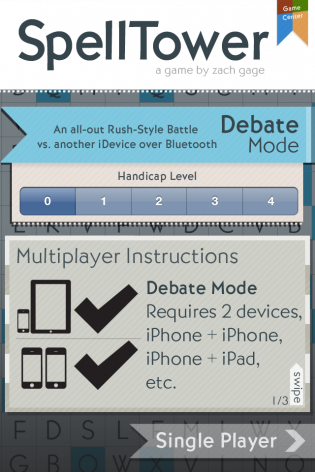 SpellTower is one of those word games that you love even if you hate word games. Zach Gage, the game’s young progenitor, has crafted one of those rare gems that feels natively optimized for touch. While essentially a mockup of Tetris, Scrabble and word search games, SpellTower sits on its own because it forces you to combine all the skills one would need on those aforementioned games into one 3.5-inch board.

Version 3.0 brings Bluetooth-based multiplayer to the game, something that users have been clamouring for. The universal app has also seen Retina Display improvements for the new iPad, as well as some performance improvements and overall UI polish.

If you like word games, or even if you don’t, check out SpellTower for iOS, $1.99 in the App Store.