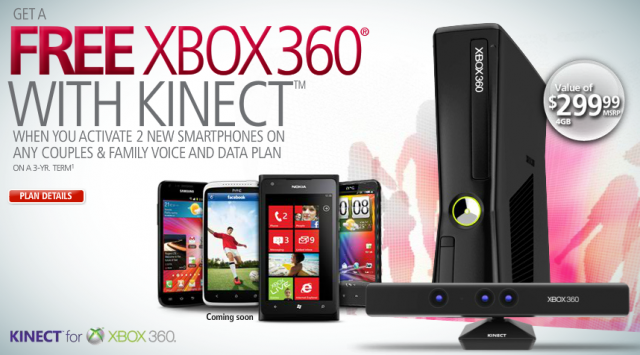 Apart from bringing some powerful Windows Phone and Android devices to Canada – namely the Nokia Lumia 900 and the HTC One X, Rogers has made their free Xbox 360 with Kinect promo available today. As we’ve previously stated there’s some fine print to the deal.

First, you’ll have to sign up 2 smartphones on a 3-year contract for the Ultimate Unlimited Family Plan with data, or a Couples & Family Voice and Data plan. Next, the promo is on until May 21st so there’s not to much rush. In addition, the fine print states that those who grab this promo should expect to wait between 4-6 weeks for delivery.