Another Samsung Galaxy S III redering shows up, might launch in April 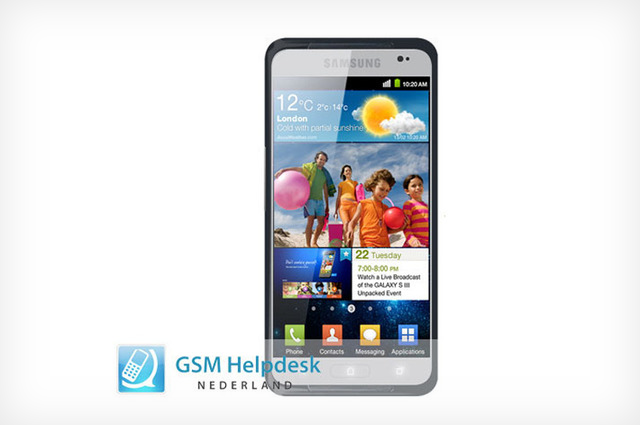 Another day, yet another possible Samsung Galaxy S III image has surfaced. This time it’s apparently an upcoming press image that shows the device looking incredibly similar to the leak from the weekend, still unconfirmed by Samsung. There’s a bit more detail on the above image, the capacitive buttons are visible, clearly showing home, back and search, plus the inclusion of a physical home button. The Galaxy S III is still rumoured to come with a 4.7-inch Super AMOLED Plus HD screen with 720p resolution, 12MP camera that shoots 1080p HD video, 1.5GHz quad-core processor, ceramic backing and a 1,750mAh battery.

In addition to this news, overseas rumours are pointing to Samsung getting ready to officially announce this Android (with TouchWiz). Kim Young-Ha, Samsung’s Chief Executive in China, has been quoted as saying that their next flagship mobile device, Samsung Galaxy S III, might launch in April, not as originally planned in May.

Of course, Samsung has previously declared that any upcoming announcements about the Galaxy S III will happen first on Twitter.

Source: GSMHelpdesk
Via: The Verge & PocketNow