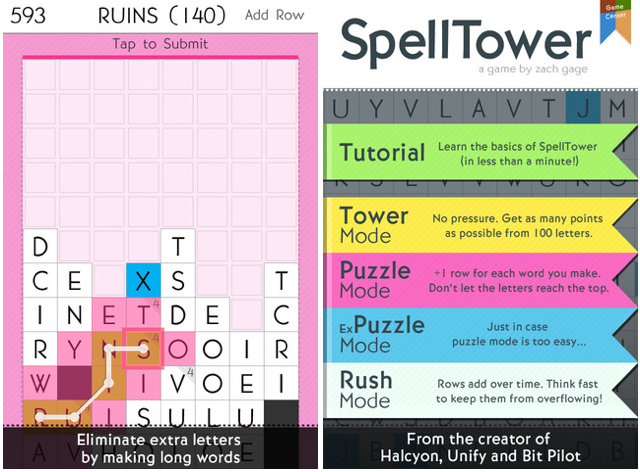 Zach Gage, developer of hit iOS word game SpellTower, is not a fan of downtime. Largely a one-man show, he has been rolling out significant update after update for the iOS version of the game, which combines in stunningly addictive ways word games and shape-based puzzle games.

He has confirmed that an Android version is on its way, along with a multiplayer version a la Words With Friends, presumably as an add-on for the existing iOS app.

If you haven’t tried SpellTower, and have enjoyed word games in the past, it is definitely worth checking out at $1.99 on the App Store. It has consumed me on many a subway ride.