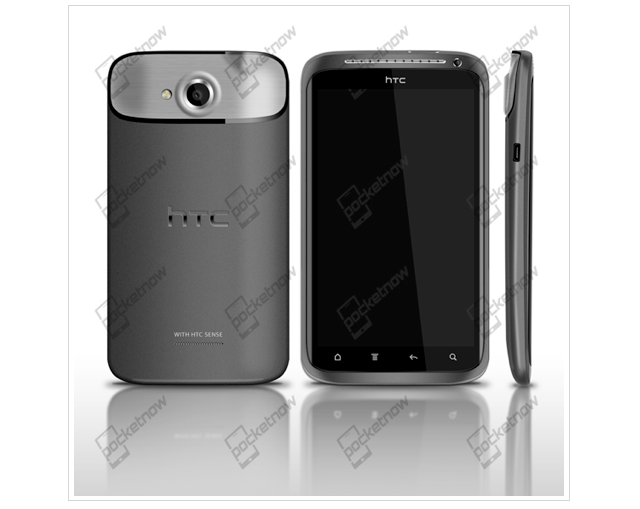 More details are emerging about the upcoming HTC “hero” device, the 4.7-inch Endeavour, which we recently saw renamed to the One X. The device will not have any hardware capacitive buttons, which contradicts the initial renders, but the device has had a long development life so we’re not surprised there have been some design changes.

The screen is expected to be Super LCD, which, like the Verizon-only Rezound, will not have a PenTile matrix. A standard green/amber notification light will be somewhere in the grill, too, which we’ve come to love from HTC. Don’t expect a microSD card slot to round out the 32GB internal storage, though.

Due to space limitations, the Endeavour will have a microSIM slot, and and a 1800mAh battery, a little small for our tastes. Let’s hope the Tegra 3 processor is efficient to keep it running long enough for our needs. Though there won’t be a LTE version, at least at first, the baseband will peak at 21Mbps down and 5.76Mbps up. Expect dual-channel WiFi access, too, as well as GPS, Bluetooth 4.0 and NFC.

Camera will be a backlit 8MP sensor, much like the one in the excellent HTC Amaze, though we’re not hearing anything about a dedicated shutter button.

In terms of software, test builds are currently running Android 4.0.3 but expect it to be released with 4.0.5.

Excited about the Endeavour/One X? Is this phone good enough to bring you back to the HTC fold? Let us know.