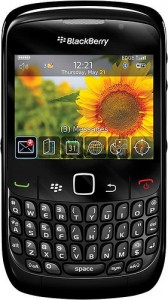 Now that Rogers, Bell, TELUS have launched the new entry-level Curve (8520/8530)… we can also expect this to arrive soon on both Fido and Virgin. We first learned about Fido launching this last week and with a rough Q1 launch.

Today we’ve been tipped by several people that a targeted release date for the Fido 8520 has been set for Tuesday, February 2nd. No word on price plans yet but you can expect it’ll be around what all the carriers are promoting these days.

(Thanks Niveneat and the others!)