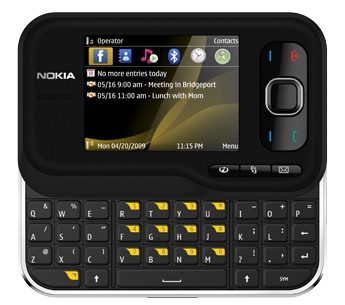 Rogers has started to ship the Nokia Surge 6790 to their stores and you can expect this to be officially available early next week. (Special thanks goes out to “Treatz” for letting us know!) We first found out about the Surge back in August where it was listed for $89.99 on a 3-year contract. Then Best Buy confirmed it would be launching in October when we spotted this texting beast in their catalog.

Quick specs are that is has a 2.4-inch screen, full slide-out QWERTY keypad, 2.0-megapixel camera with 4x digital zoom, Integrated GPS support for OviMaps and TeleNav GPS Navigator, 2.5mm jack, Bluetooth 2.0 capabilities, holds up to 16GB with a microSD card and weighs in at 124 grams.

Thanks Treatz!
(More here at HoFo)