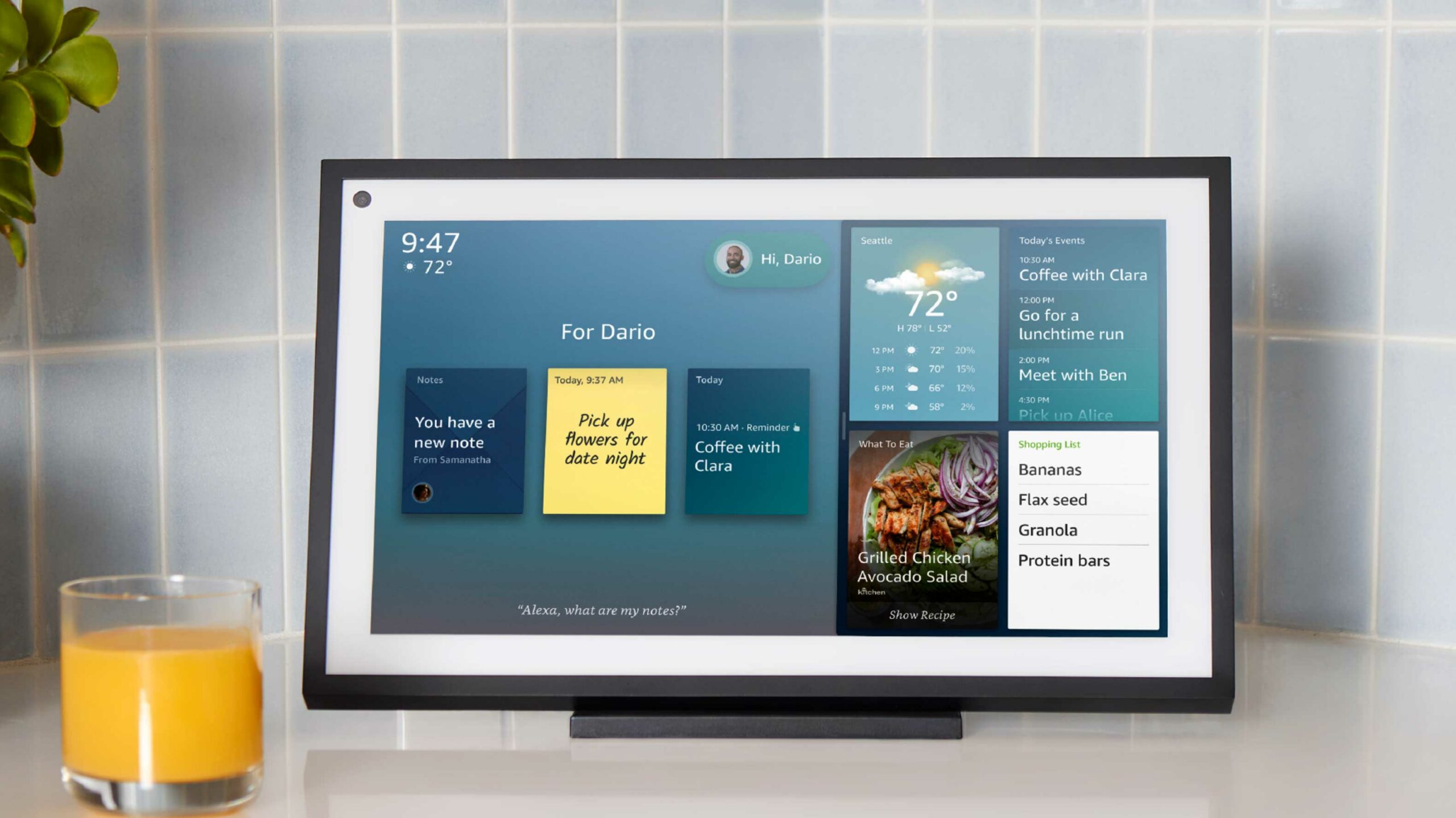 This giant display was touted on stage by Amazon as being a good family hub and a kitchen TV. Beyond working well when wall-mounted, the Echo Show 15’s main feature is that it offers software widgets. This allows users to write digital sticky notes, check the weather at a glance and perform other tasks.

Notably, the shared calendar on the device is likely quite useful for families. I’ll also say that I use my smart displays more when they’re moved up to bar height or shoulder height. With that in mind, the fact that this massive device can be wall-mounted is a smart move on Amazon’s part. It’s also 1.4-inches thin so it should look as out of place as the Ikea Symfonisk frame speaker. 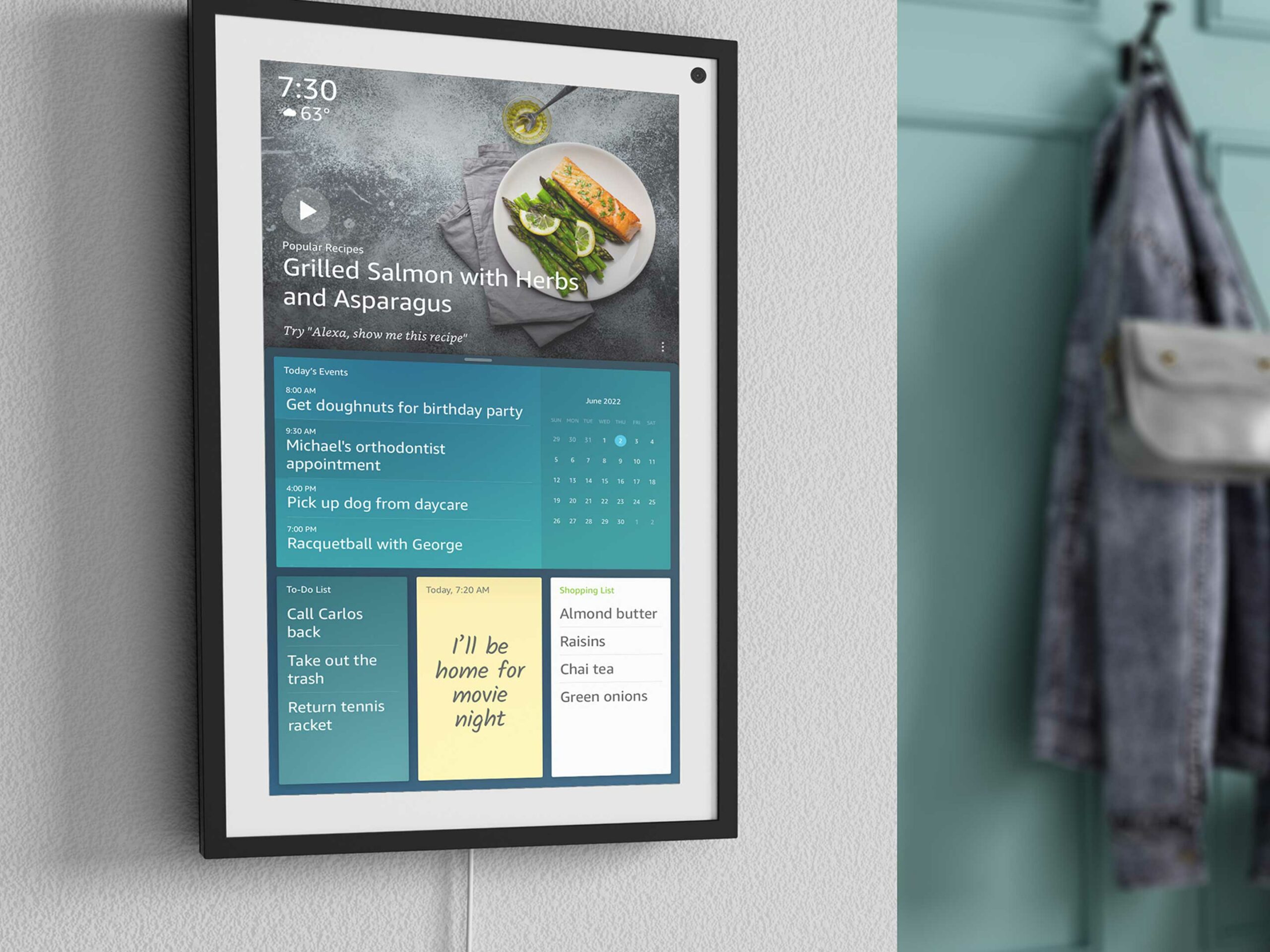 The smart display features a 15.6-inch 1080p screen, with a PPI of 141 which should look fine from a distance but not incredibly sharp up close. Still, it will be a perfect screen for watching content on. In a meeting with an Amazon spokesperson, she said in her time with the device she’d found the large screen to be great for displaying pictures.

The device also includes a webcam in its frame — which looks suspiciously like a Facebook Portal — that can recognize who is using it and tailor content to that individual. This replicates the voice recognition features of Amazon’s other smart displays feature through a built-in camera. While this makes sense since the sizeable 15-inch tablet is touchscreen-focused, it’s also likely a privacy concern for some. Like all other Echo products, there is a cover to block the webcam and disconnect the mic.

The device also includes Amazon’s new AZ2 processor, so it should be the fastest smart display the company has released so far. While this might sound meaningless in the context of a device like this, if you’ve used an older laggy Echo device with screen, you’ll know how important a powerful chip is when it comes to smart displays.

Click here to read more of our coverage from the September 28th Amazon event. You can also pre-order the giant smart display on Amazon, but the company hasn’t listed when it will ship.

Update 5:24 28/09/2021: This article has been updated with Canadian pricing and more information.