Everything we know so far about Samsung’s Galaxy Note 9 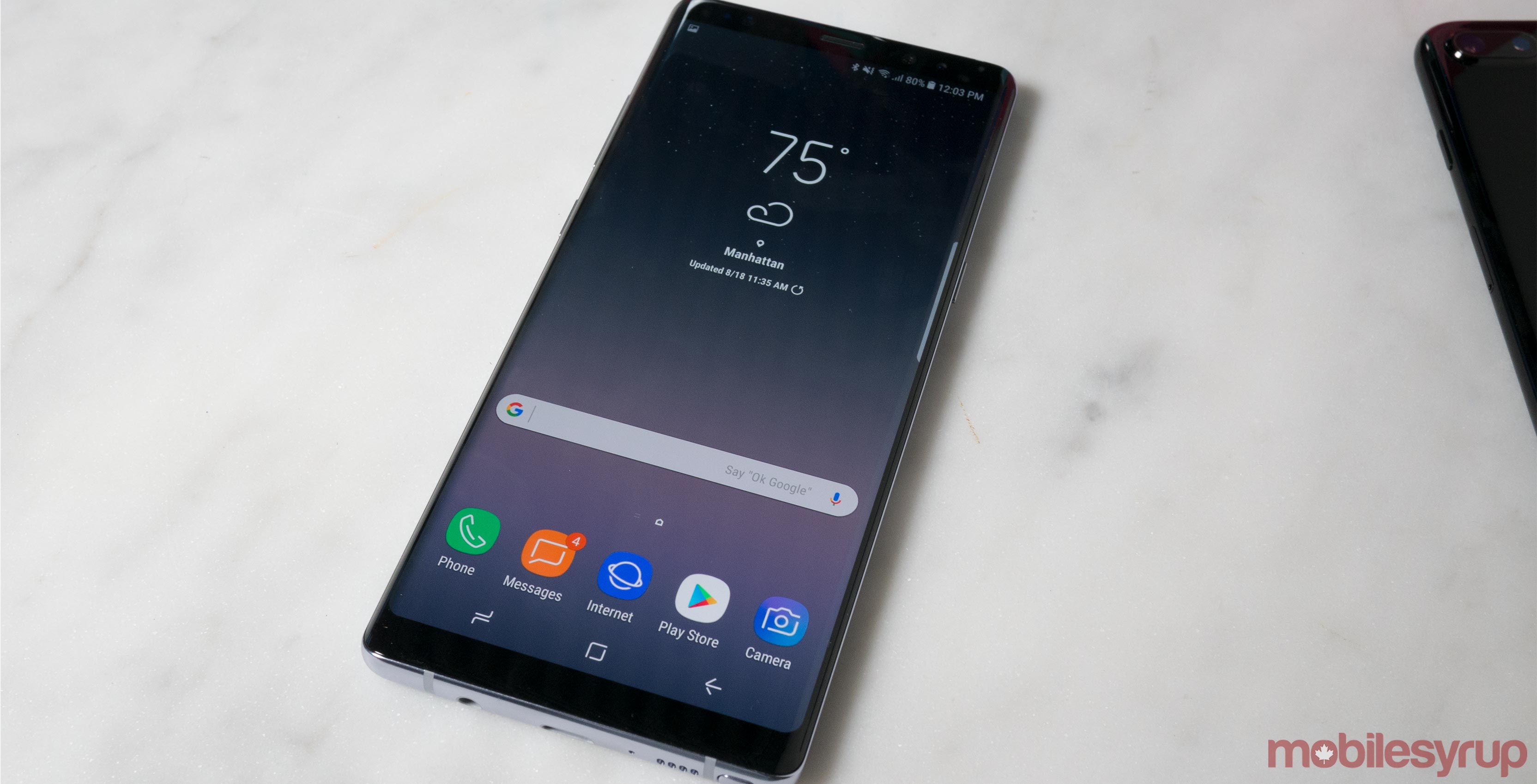 Samsung will unveil the Galaxy Note 9 on August 9th at its Unpacked event in New York City.

The upcoming smartphone is gearing up to be very similar to Samsung’s previous iteration of the Note series. However, the new version of the phone will feature a faster processor, bigger battery, support Android 8.0 Oreo out-of-the-box and will feature a new S Pen.

Update: 08/03/2018: Samsung has unveiled the Galaxy Note 9 in a leaked teaser video. The video confirms that the Note 9 includes up to 512GB of memory, comes with a stylish yellow S Pen and features a very large battery. 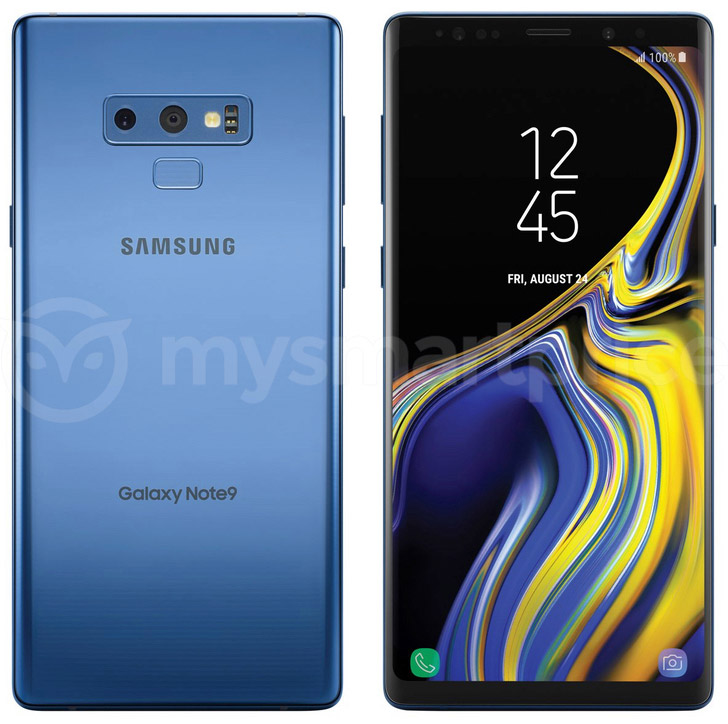 Rumours indicate the Note 9 will sport a 6.3-inch to 6.4-inch display.

Processor-wise the Note 9 is rumoured to feature Qualcomm’s Snapdragon 845 processor in both U.S. and Canada and an Exynos 9810 chipset in other regions. Additionally, the phone is rumoured to include 6GB of RAM and up to 512GB of internal storage. Leaks claim that the base model of the Note 9 will feature 128GB of memory, though it’s unclear if the 512GB variant will be available globally or only in select markets.

One of the earliest rumours about the Note 9 indicated that the phone will sport a 4,000mAh battery. A bigger battery will put the device more inline with smartphones like the Huawei P20 Pro and the Razer Phone.

The Note 9’s dual-camera setup has been what’s least talked about in most of the rumours surrounding the device. Leaks indicate the phone will support a dual 12-megapixel camera setup. It’s unclear if Samsung will add the variable aperture technology featured in the S9 and S9+, to the Note 9. In fact, a leaked video of the Note 9 indicates that the device’s box doesn’t mention the inclusion of a variable aperture.

Leaked images of the Note 9 hint that the phone will feature the same front-facing sensors as the Note 8, including the smartphone’s iris scanner and an 8-megapixel selfie shooter.

Similar to previous iterations, the phone will have an IP68 water and dust resistant certification, a rear facing fingerprint scanner and the S Pen. 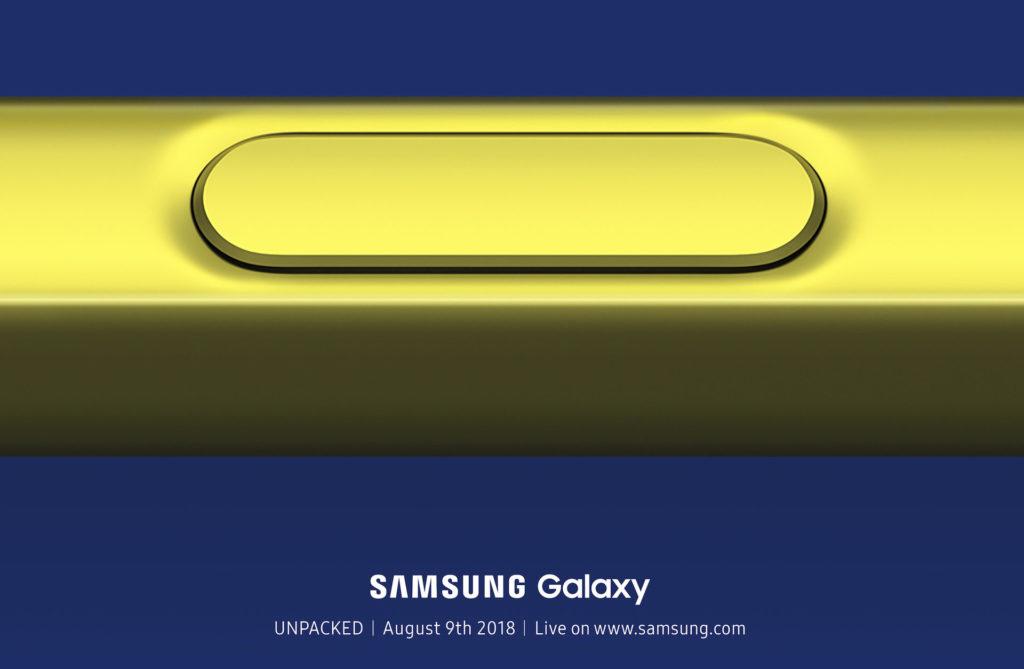 Note 9’s S Pen will be different than any stylus feature in previous Samsung handsets.

Rumour has it that the S Pen will have its own Bluetooth signal. Earlier this month S Pen hit the Federal Communications Commission (FCC), which tests consumers electronics in order to verify they don’t interfere with wireless communication. According to the the FCC certification the stylus now includes 2.4GHz Bluetooth LE.

It’s unclear why the S Pen now has Bluetooth, though there are some ways the technology could be used, such as a play/pause functionality, a shutter button for the Note 9 camera, or even an additional way to control Bixby.

Note9 in (from L to R) black, blue, and brown. pic.twitter.com/Akr1tnrxiS

According to leaked renders of the four colour variations it appears only the blue Note 9 will have an S Pen with a colour that doesn’t match the phone, with the device featuring a contrasting yellow/gold S Pen.

Roland Quandt, a European leaker, indicated Samsung will release the phone on August 24th. It’s possible that Samsung will launch the phone globally on that date, though only time will tell.

What else does Samsung have to offer

Rumours point to Samsung revealing the Galaxy Watch at its upcoming August 9th Unpacked Event. This past week the company’s U.S. website leaked the Galaxy Watch in a 42mm Rose Gold variant. The smartwatch is rumoured to feature a 470mAh battery, Samsung’s Bixby voice-activated assistant and may even ship with Wear OS rather than Tizen.

Additionally, other leaks indicate that Samsung will also unveil the Wireless Charger Duo at the Unpacked Event.

The Wireless Charger Duo is a dual wireless charging pad that can charge the Note 9 and the Galaxy Watch simultaneously. It can also charge two smartphones and supports Qi certified devices like the iPhone X.

Samsung’s Unpacked event takes place on August 9th in New York City at 11am ET. We’ll be on the ground bringing you all the news directly from Samsung’s keynote.