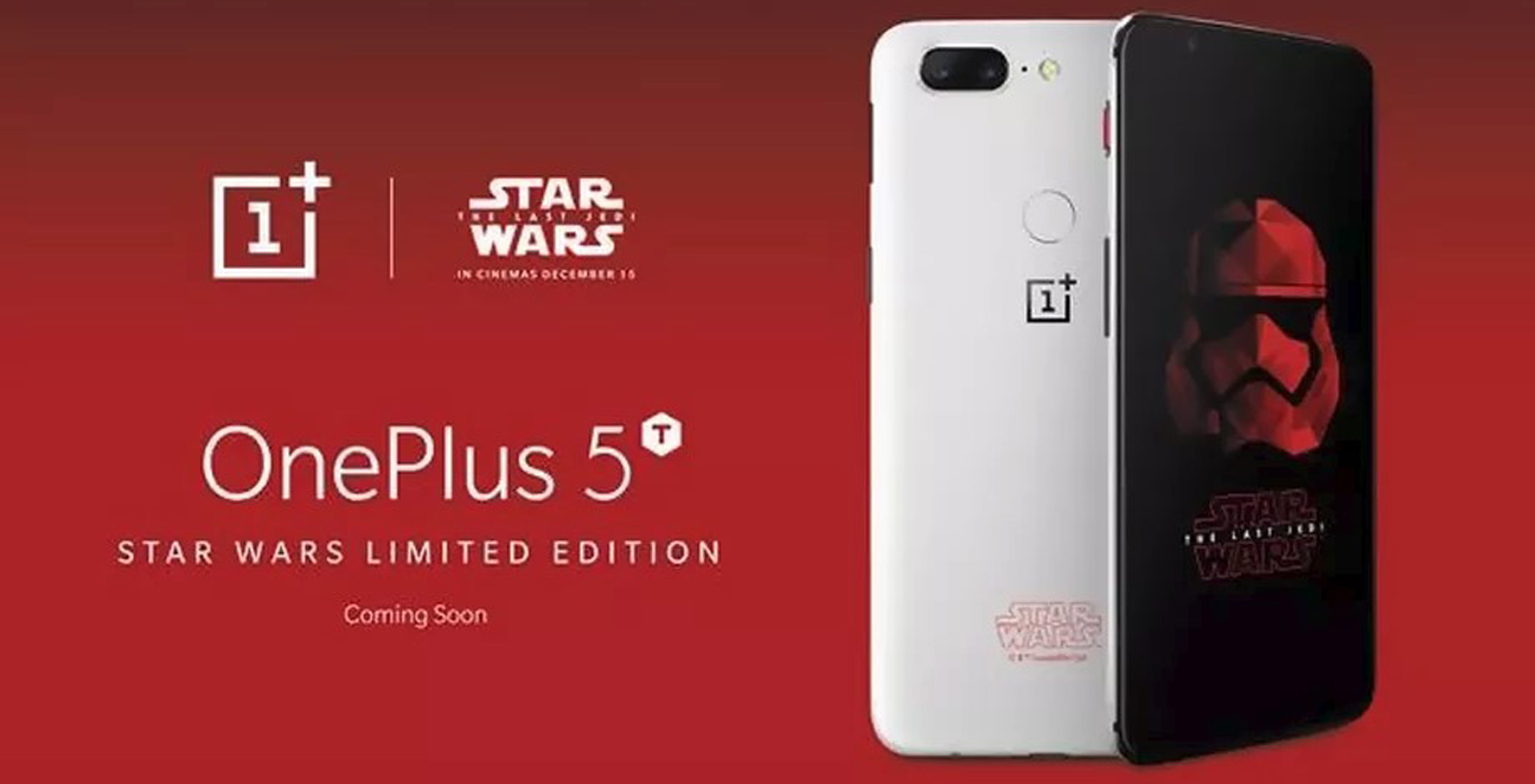 One of the stranger reports to come out ahead of the launch of the OnePlus 5T was the rumour that OnePlus planned to release a special Star Wars-themed 5T smartphone.

Turns out that rumour was true.

This morning, OnePlus unveiled a new Star Wars: The Last Jedi 5T. Set to come out in India on December 14th, one day before the movie’s official North American release date, the phone features a white back, the Star Wars logo, scarlet alert slider and what appears like at least one special wallpaper. The company promises the handset is “strong enough to rule the galaxy,” in the process aligning itself with the evil Empire.

OnePlus fans that live in Mumbai, India, can take part in a special launch event that’s set to go down on December 14th. The company says one lucky fan will go home from the event with the special edition smartphone. Everyone in attendance will get special Star Wars swag, including a laptop bag and t-shirt. Tickets for the event go on sale on December 7th, with individual tickets priced at ₹999 (approximately $19.65 CAD).

We’ve reached out to the company to find out if it plans to sell the Star Wars OnePlus 5T in Canada. We’ll update this article when we hear back from them.

What do you think of the Star Wars-themed 5T? Does it sing to your Imperial heart? Let us know in the comment section below.