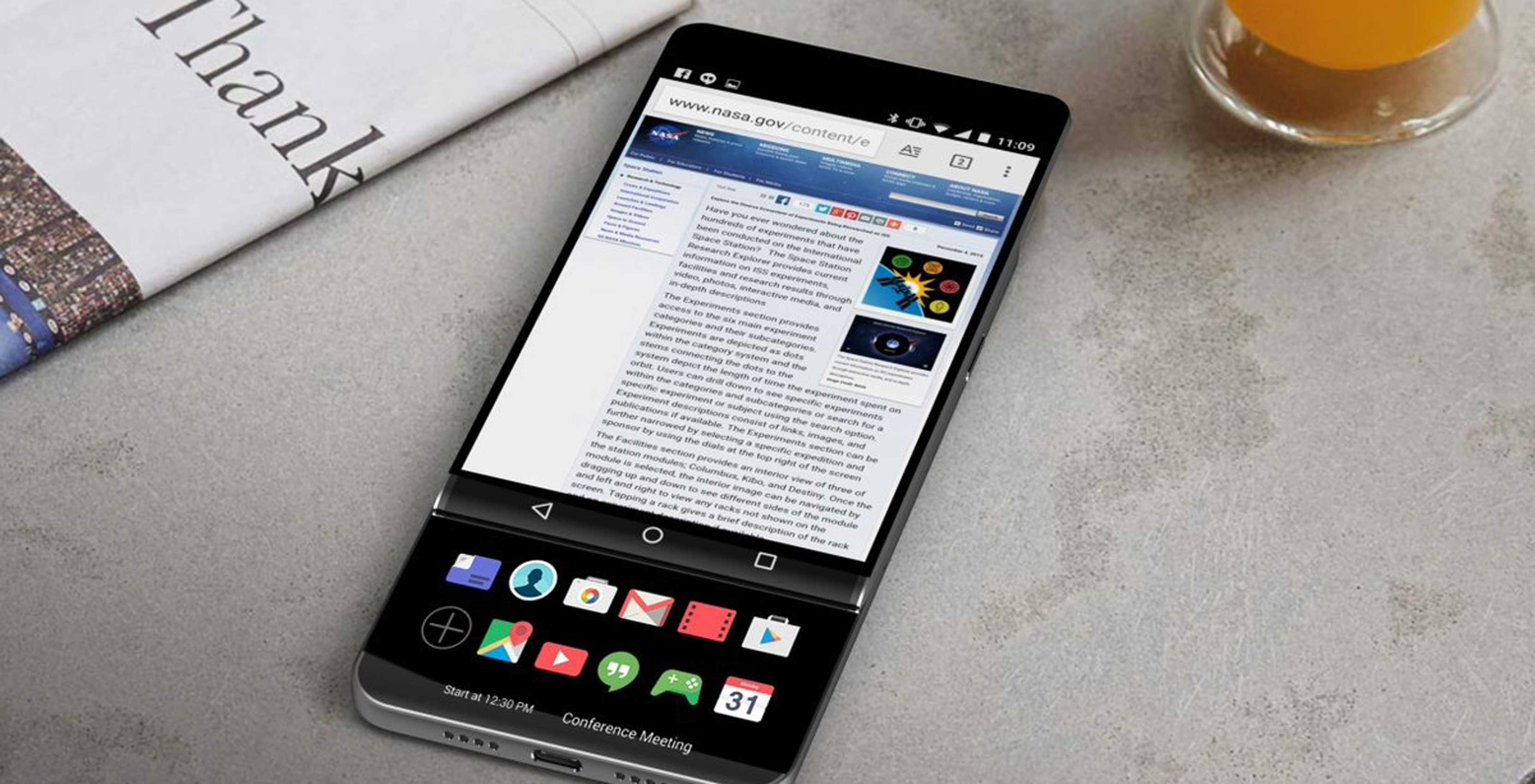 Over the weekend, perennial leaker Evan Blass dropped what could be our first look at the LG V30.

Weekend bonus: this is an old-ish mockup of Project Joan, a.k.a. the LG V30. Not clear if the project is still headed in this direction. [1] pic.twitter.com/k5jNJ7DyLz

The renders show a device that features a slide-out secondary display. Essentially, the upcoming smartphone looks like LG decided to marry the design of the BlackBerry Priv with the utility of the MacBook Pro’s Touch Bar. Blass doesn’t say too much about what kind of functionality the secondary display will offer, but based on the renders, it appears the screen will double as an app launcher and on-screen keyboard.

Here’s how the device was envisioned to look with the secondary display fully extended. [2] pic.twitter.com/HNkZErj7xB

Blass cautions that the renders may not represent the final design of the V30, noting it’s “not clear if the project is still headed in this direction.”

What do you think of the design? Do you think the secondary display, as seen here, is practical?