A look at Spigen’s line of LG G6 cases 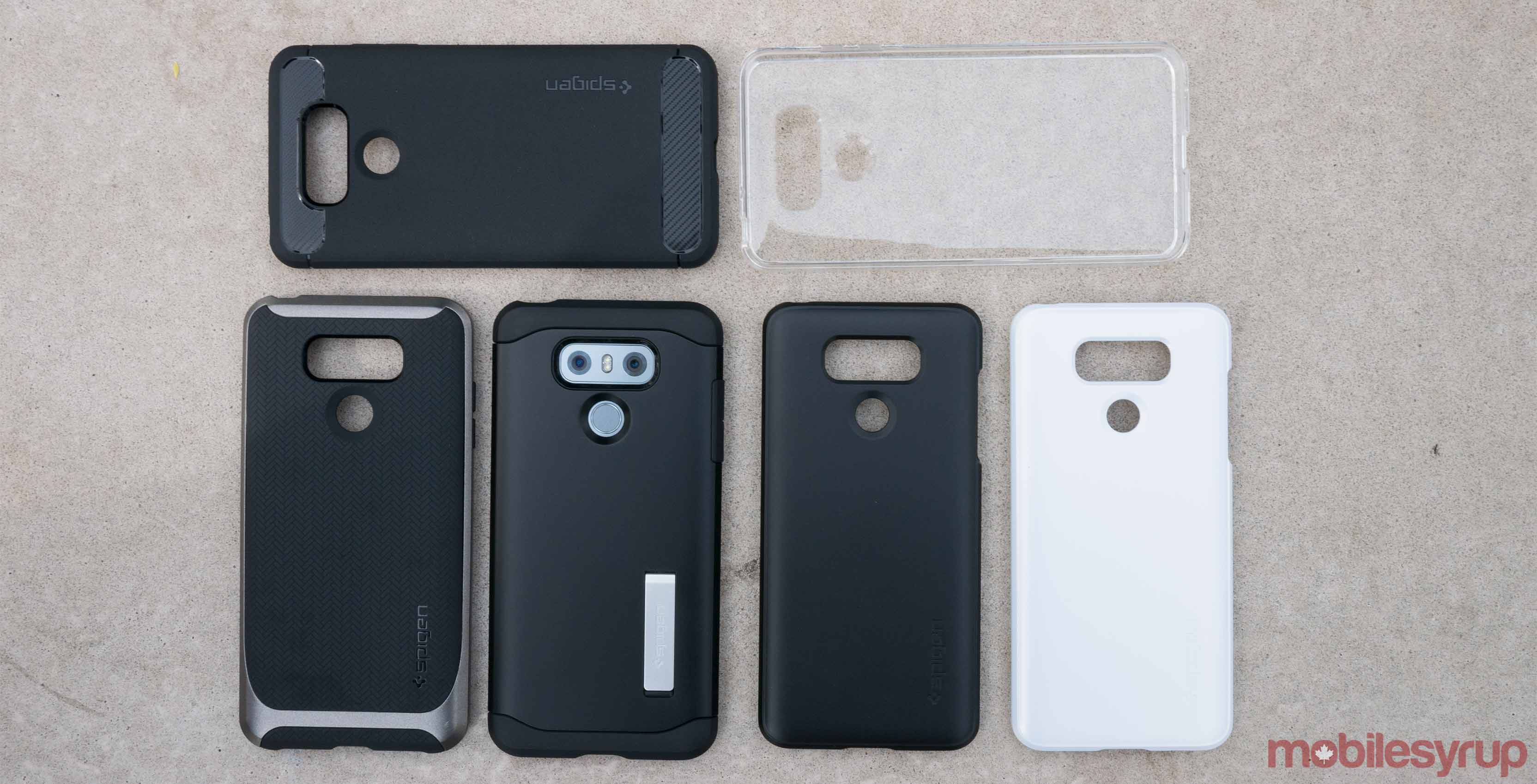 While it’s possible to find more affordable cases on eBay and Amazon, I’ve always found Spigen’s products to strike a decent balance between price and quality.

Prices typically range between $10 and $20, with each case offering a distinctly different type of protection. Also, given that the G6 doesn’t feature a curved display, many of the cases that didn’t fit great on the S8 and S8+, are significantly better options when it comes to LG’s flagship.

After spending a few hours testing out Spigen’s various LG G6 cases, I decided to take some photos of each case and put together brief, mini-reviews, weighing each enclosure’s various pros and cons. 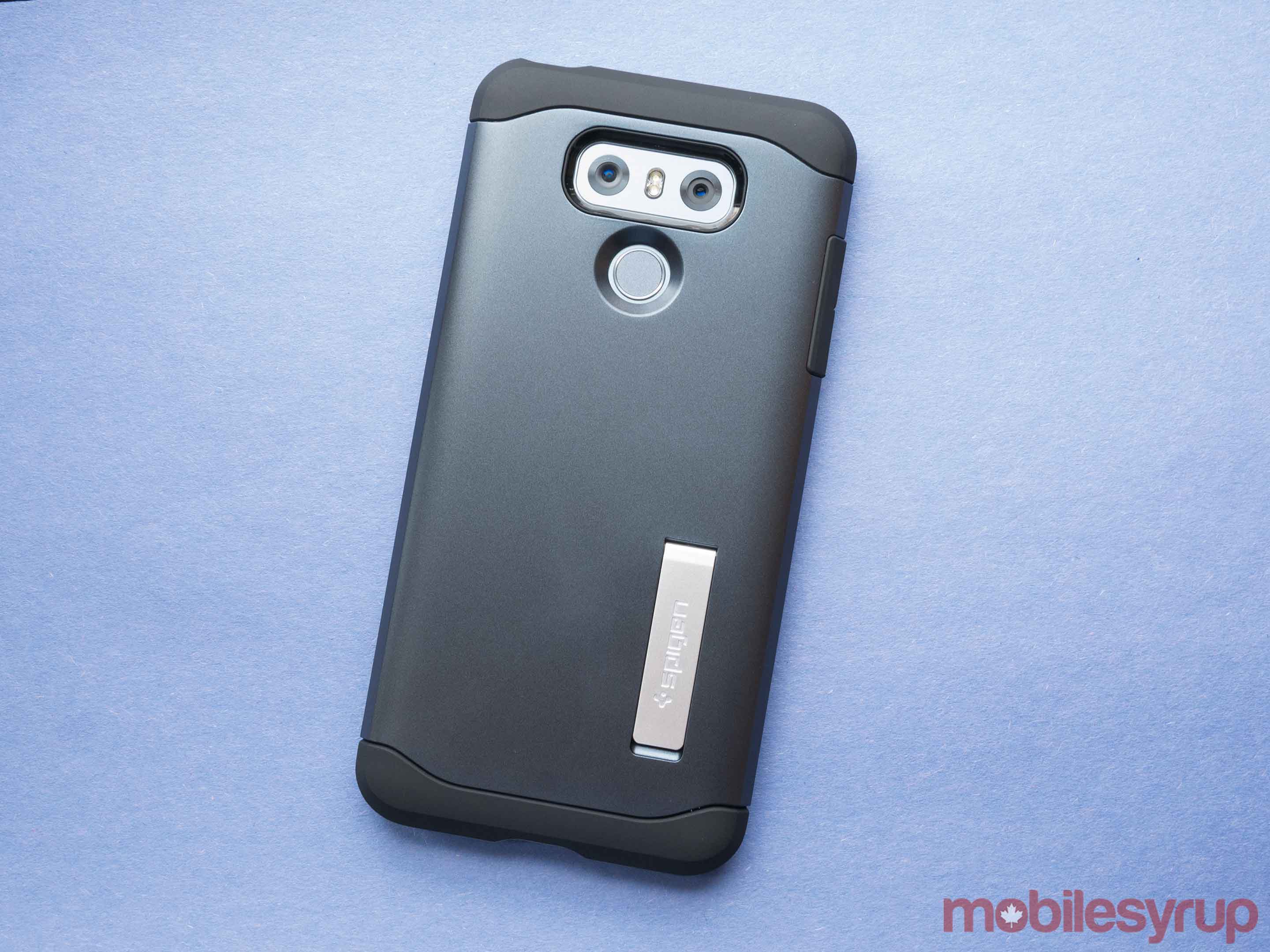 One of Spigen’s most popular cases, according to the company, the Slim Armor option is a great balance between style and protection, though if you aren’t a fan of rubberized cases, this may not be the G6 smartphone enclosure for you.

It does, however, feature a handy kickstand that’s surprisingly sturdy. When catching up on some of the YouTube channels I subscribe to one evening while doing the dishes, the Slim Armor Case’s kickstand definitely came in handy. 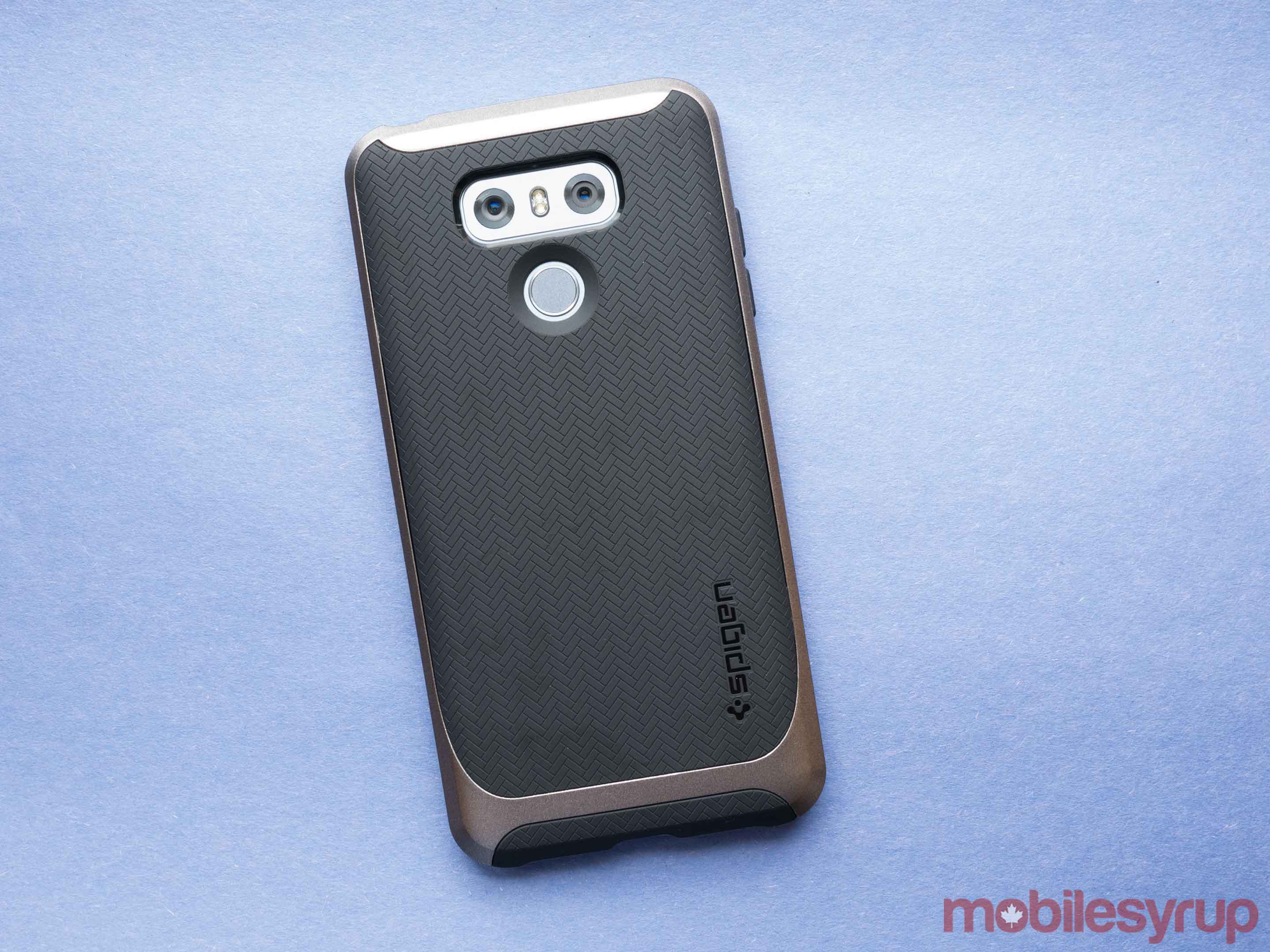 The Neo Hybrid G6 case from Spigen has a lot in common with the Air Cushion case, though it is dual-layered, resulting in what the manufacturer calls “extra protection.’

Unlike many two-piece, dual-layer cases I’ve used in the past, Spigen’s Neo Hybrid is surprisingly mailable — even its harder plastic enclosure bends easily. While the G6 I’ve been using hasn’t taken any tumbles with this case on, I’d question how well it would be able to protect the phone given how soft its exterior is. 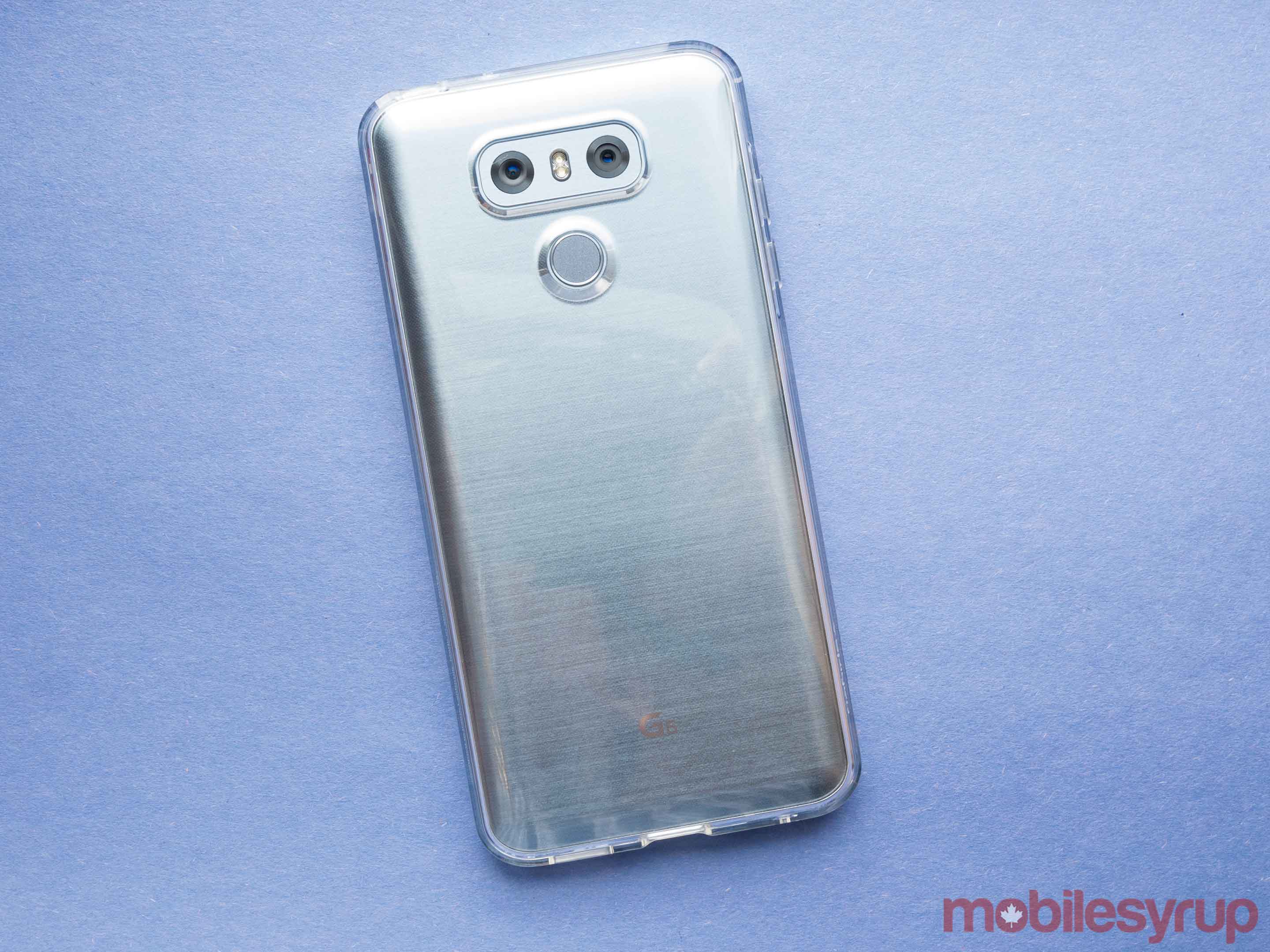 The case is flimsy and doesn’t seem to protect the phone very well. I also find it rather sticky, making it difficult to do something as simple as quickly slide the G6 into my pocket. On the plus side, however, because the Liquid Crystal is completely clear, it still shows off the G6’s sleek design. 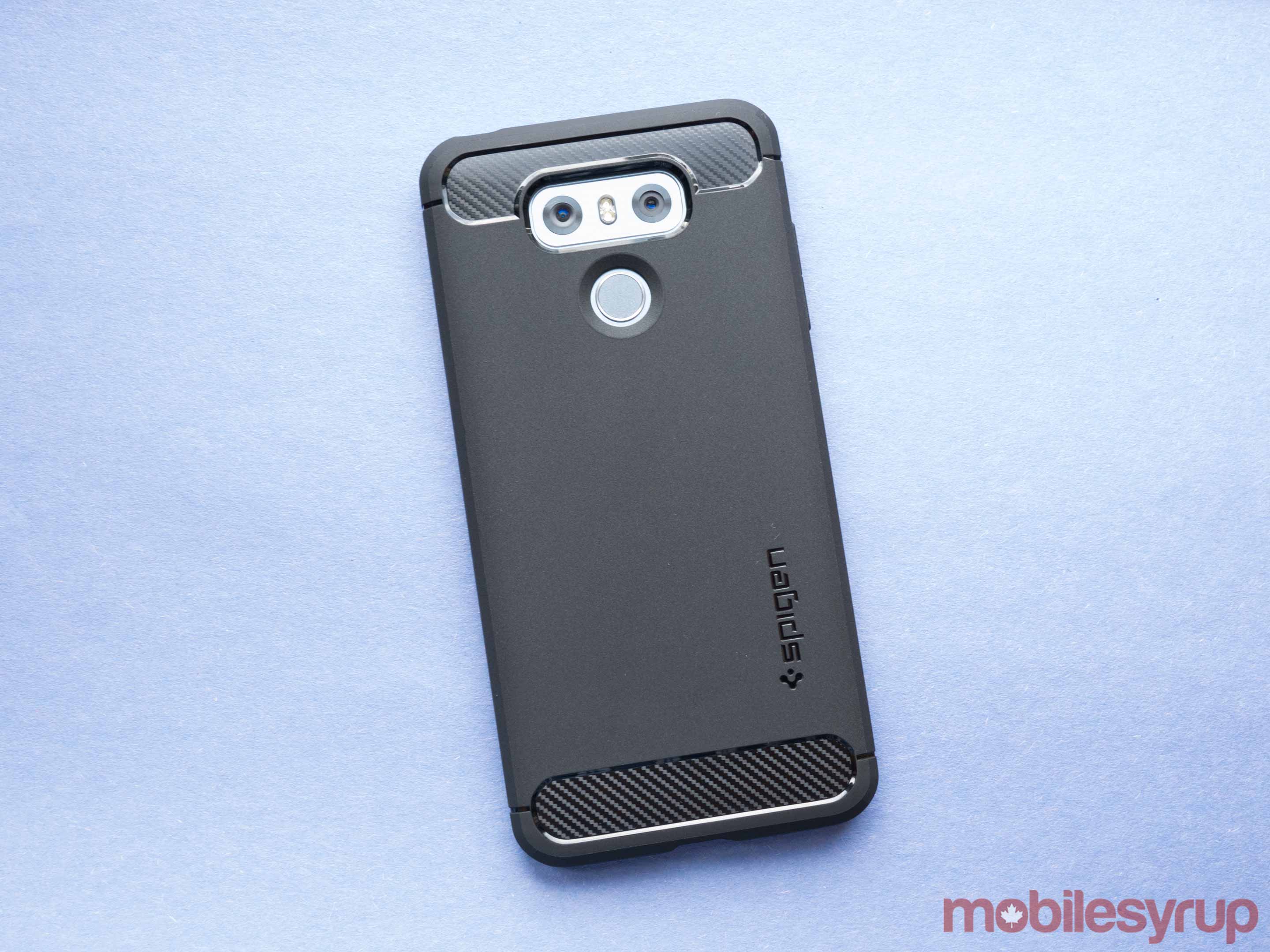 Spigen’s Rugged Armor case is very similar to its Slim Armor offering, only it does not include a built-in kickstand. One thing that’s noteworthy though, is that the case is easy to slid in and out of my pocket and doesn’t feature the ‘sticky’ sensation I mentioned earlier.

In fact, the Rugged Armor case almost feels like brushed metal, though the case is actually made of rubber. It also offers all-around protection of the phone and is surprisingly light, which isn’t something I was able to say about the Neo Hybrid and Air Cushion Spigen Cases. 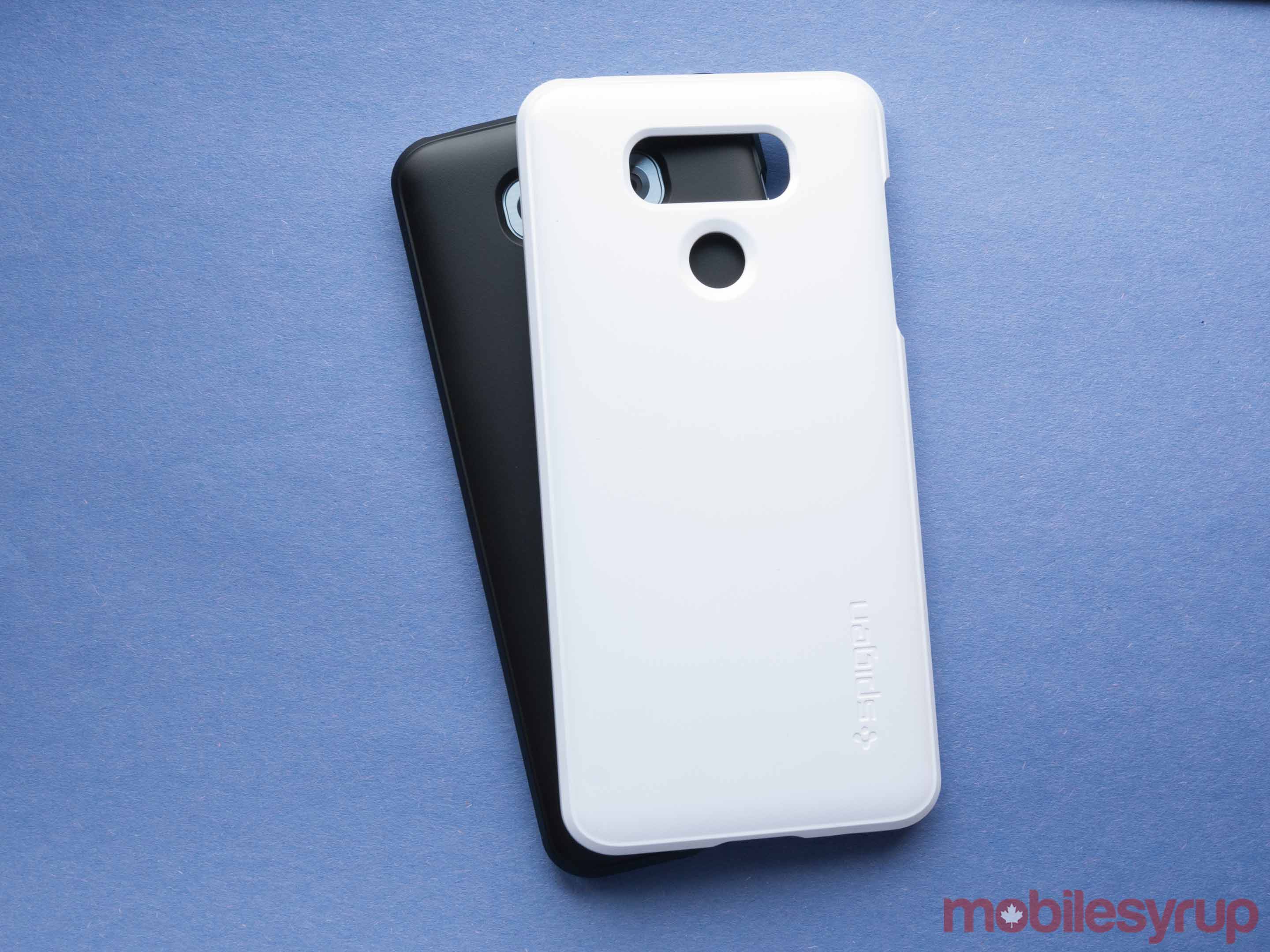 Just like the with the S8 (as well as the iPhone), Spigen’s Thin Fit for the G6 — available in both black and white — is my favourite G6 case in Spigen’s lineup

While most cases add additional bulk to the phone, Spigen’s Thin Case line keeps an extremely low profile, though it definitely doesn’t offer as much protection as the Rugged Armor or Neo Hybrid.

Still, if you’re like me and want a balance between protection and bulk, it’s difficult to beat the Thin Case when it comes to the G6.