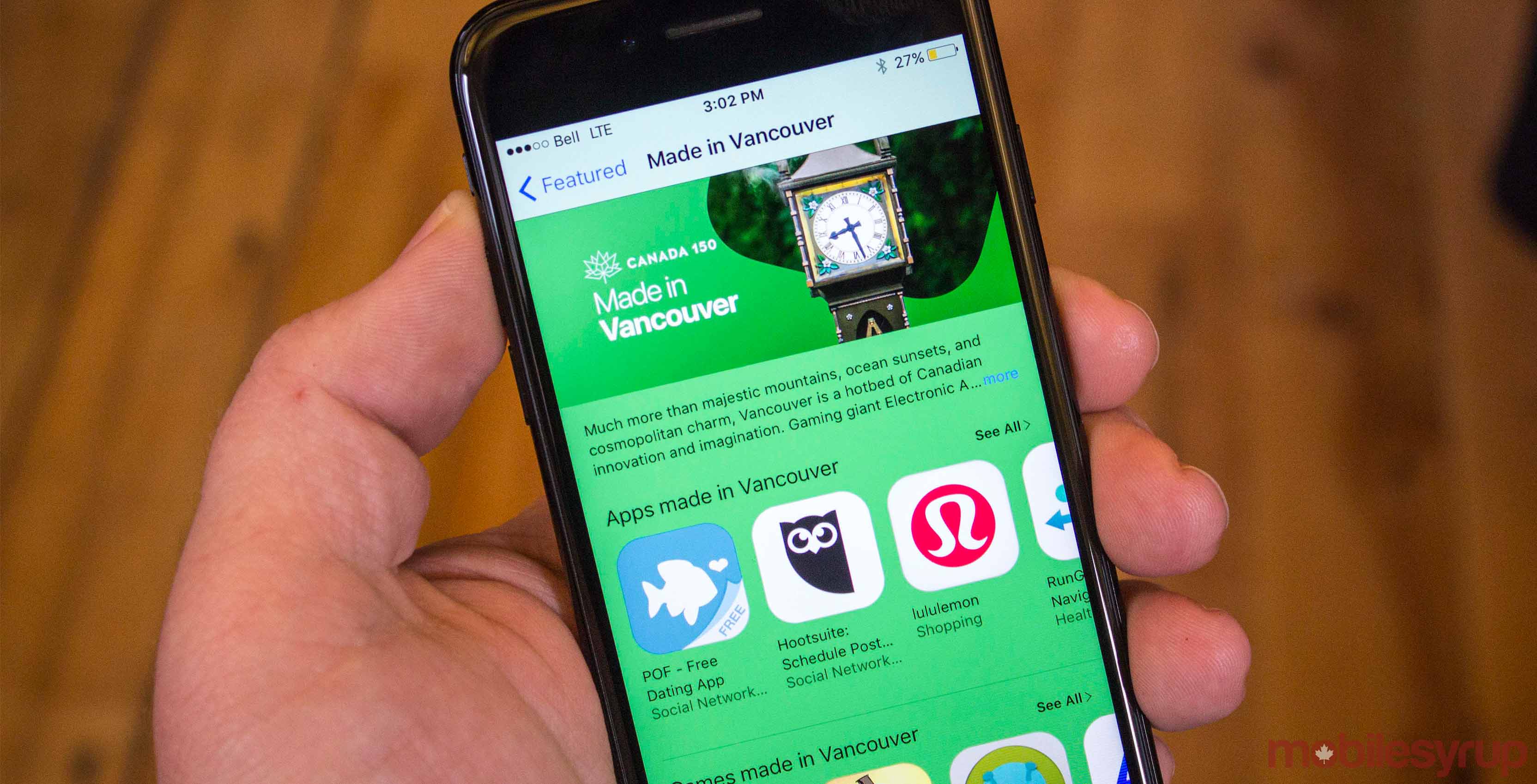 Apple has always made an effort to honour Canadian-made apps within the App Store and it has just stepped up its game by honing in on specific cities.

What’s being dubbed as “Made in Canada” series, Apple is starting off in the West by acknowledging app and game developers in British Columbia, specifically those located in Vancouver, by listing various titles in both English and French. 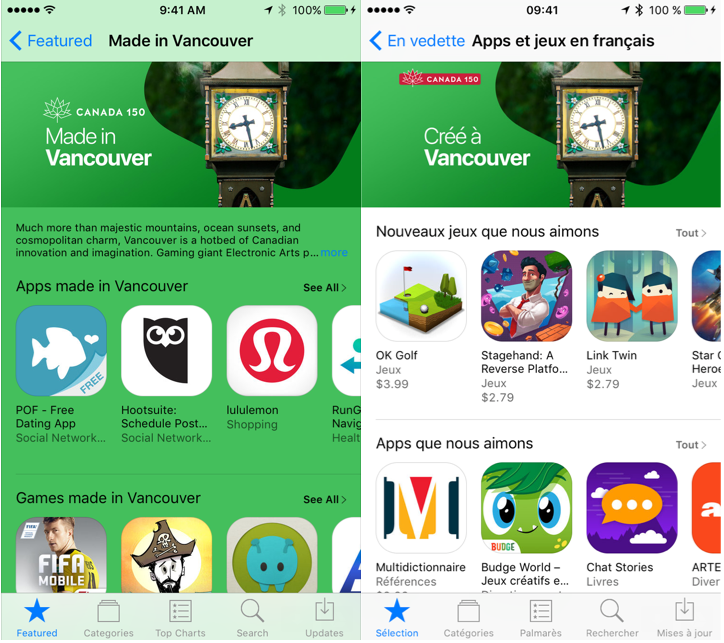 Apple says it will continue to update the Canadian App Store “to celebrate our Canadian developer talent.” This is a perfect initiative to celebrate Canada’s 150th birthday.