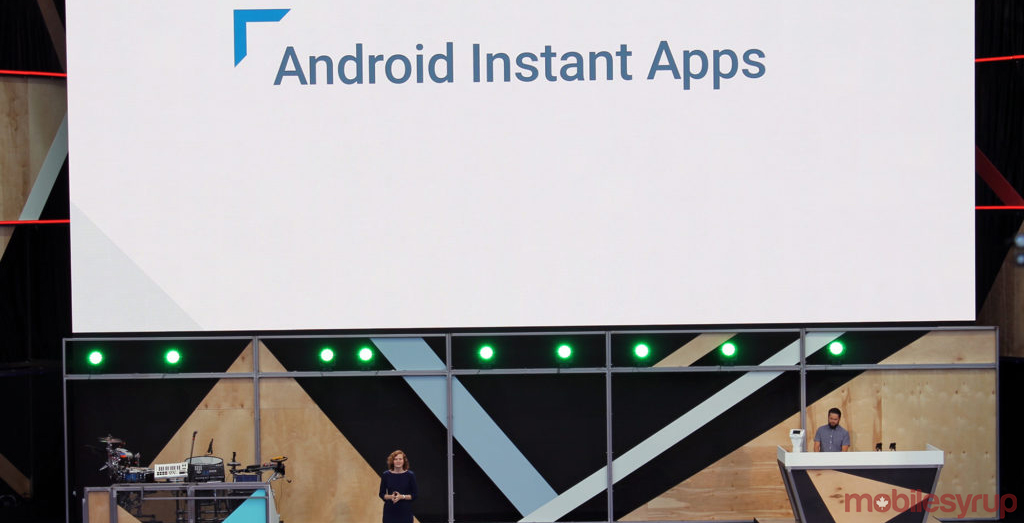 Android’s Instant Apps feature has started to roll out on select devices.

9to5Google reports that some owners of Google’s Nexus and Pixel devices running Android Nougat can now activate Instant Apps support in the settings on their phones.

The idea behind Instant Apps, which was first announced at Google I/O 2016, is to minimize download file sizes. With this functionality, the Google Play Store is able to download just enough code for an Android Instant App to run on the device. The apps are designed to be found in web-based Google search results without users needing to go directly to the Play Store.

As of now, it’s unclear which specific users are able to access Instant Apps. 9to5Google says it has gotten it to work on two Google Pixels running Android 7.1.2 and a Nexus 6P running 7.1.1. Users can check if their phones have access to Instant Apps in the settings menu by tapping on Google under the Personal category. Under the Services subheading, turning on Instant Apps will bring up terms of services followed by a “Yes, I’m in” option to opt into the feature.

To start, only a few developers will be supporting Instant Apps, including BuzzFeed, Wish and Periscope. This roll-out follows a limited test run that was offered last month.