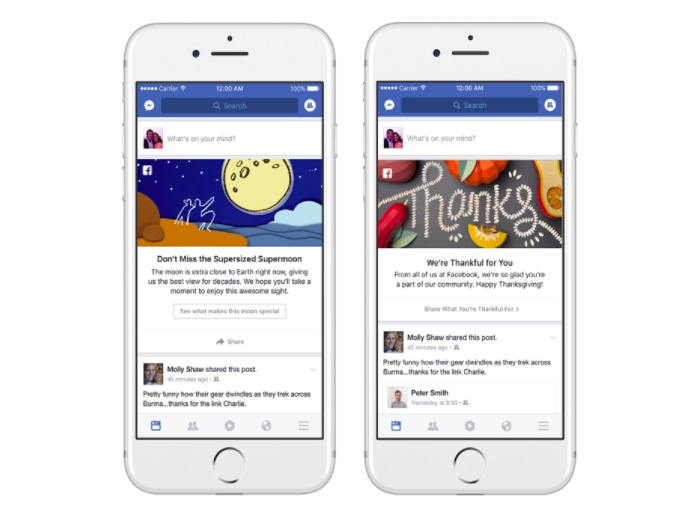 Facebook has announced it’ll be utilizing its top of News Feed real estate more in the future with ‘Messages from Facebook.’

The new feature, which the company calls a “marketing program,” will act somewhat similarly to a Google Doodle, featuring posts that prompt users to share and post about events or historical moments pertinent to their communities or globally. These messages are not entirely new — the platform has been testing out the idea over the last few months — but users can now expect to see them much more frequently.

The fact that the company has announced the posts as a marketing program also begs the question of whether or not users can expect to see ads in this location. TechCrunch put the question to a communications manager at the company who responded that this would not be the case and that the new feature is simply a “brand and marketing initiative.”

To launch the initiative, Facebook’s latest message is a holiday card creation tool. Users will see holiday wishes from the company at the top of their feed and are then prompted to pick from one of 18 seasonal cards (Hanukkah and Kwanzaa-inclusive).

The cards are available to users globally starting 9am local time on December 20th.