This crowdsourced map shows where to find Pokémon in Toronto [Update] 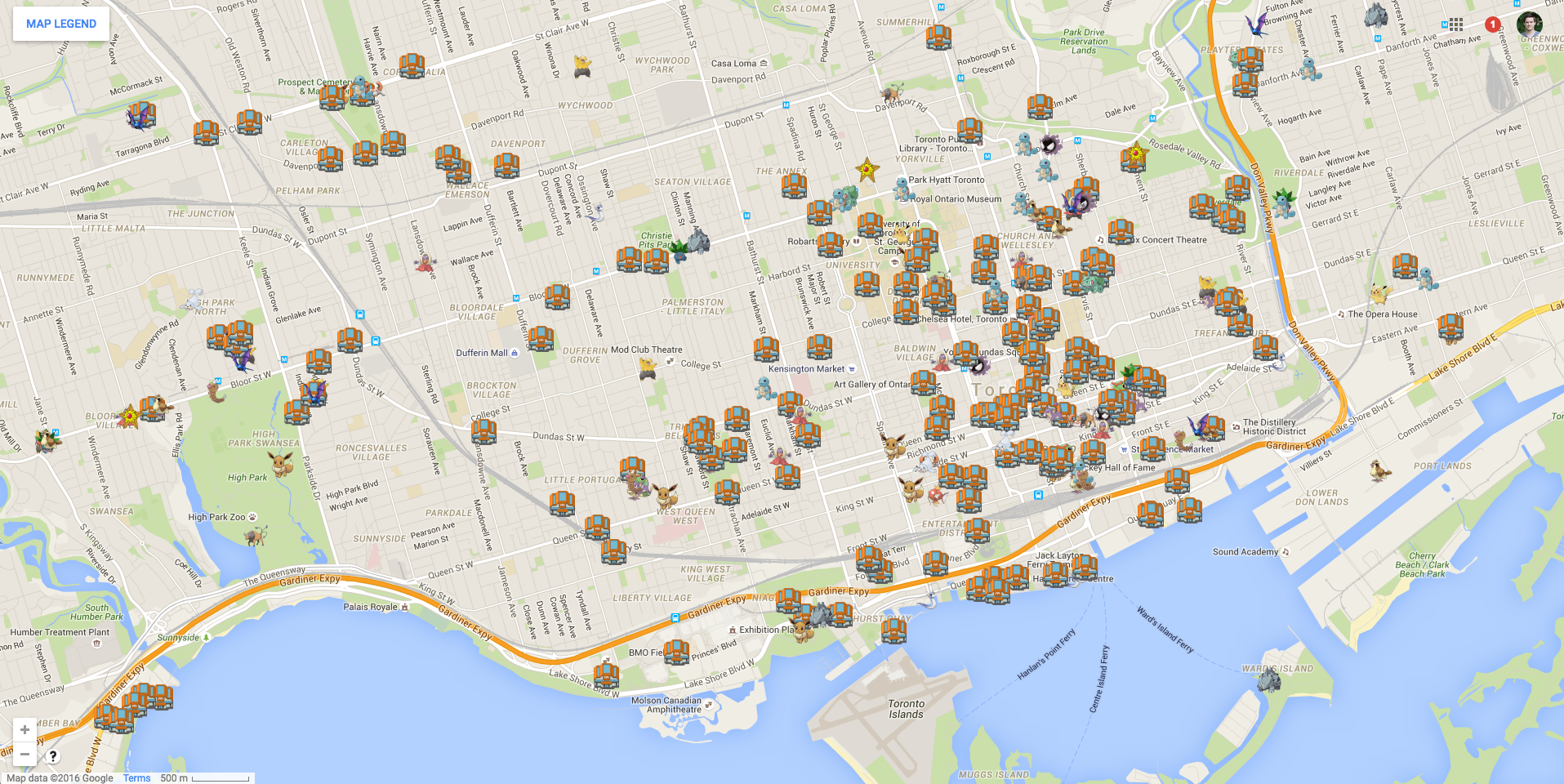 Update 07/14/16: The crowdsourced map of Toronto and the GTA has apparently been vandalized by one of its approximately 1500 members, deleting all of the map’s Pokemon locations. It’s currently in the process of being rebuilt

Despite the fact that Pokémon Go still hasn’t officially been released in Canada, a group of Reddit users in the /r/PokemonGoToronto Subreddit have created a crowd sourced map listing the cities’ various Pokestops, gyms and more importantly, Pokémon locations.

The collaborative map shows the location of some of the game’s rarest creatures. For example, it looks like a few players have caught the the relatively rare Staryu at the corner of Yonge and Dundas and a Dratini in Harbour Square Park.

It’s unclear, however, how useful this map actually is since Pokémon reportedly move around the city and also spawn in different locations, though there is some evidence indicating certain Pokémon tend to spawn from similar locations around the city.

In an interview with Vice’s Motherboard, the crowdsourced map’s creator, 22-year-old undergraduate student, Angelo Mateo, said that he created the map to find out if Pokémon are located in specific locations.

You can find the frequently updated collaborative map here. Also make sure you check out Pokémon Go’s Toronto Subreddit to stay on top of the game’s Toronto centric happenings.