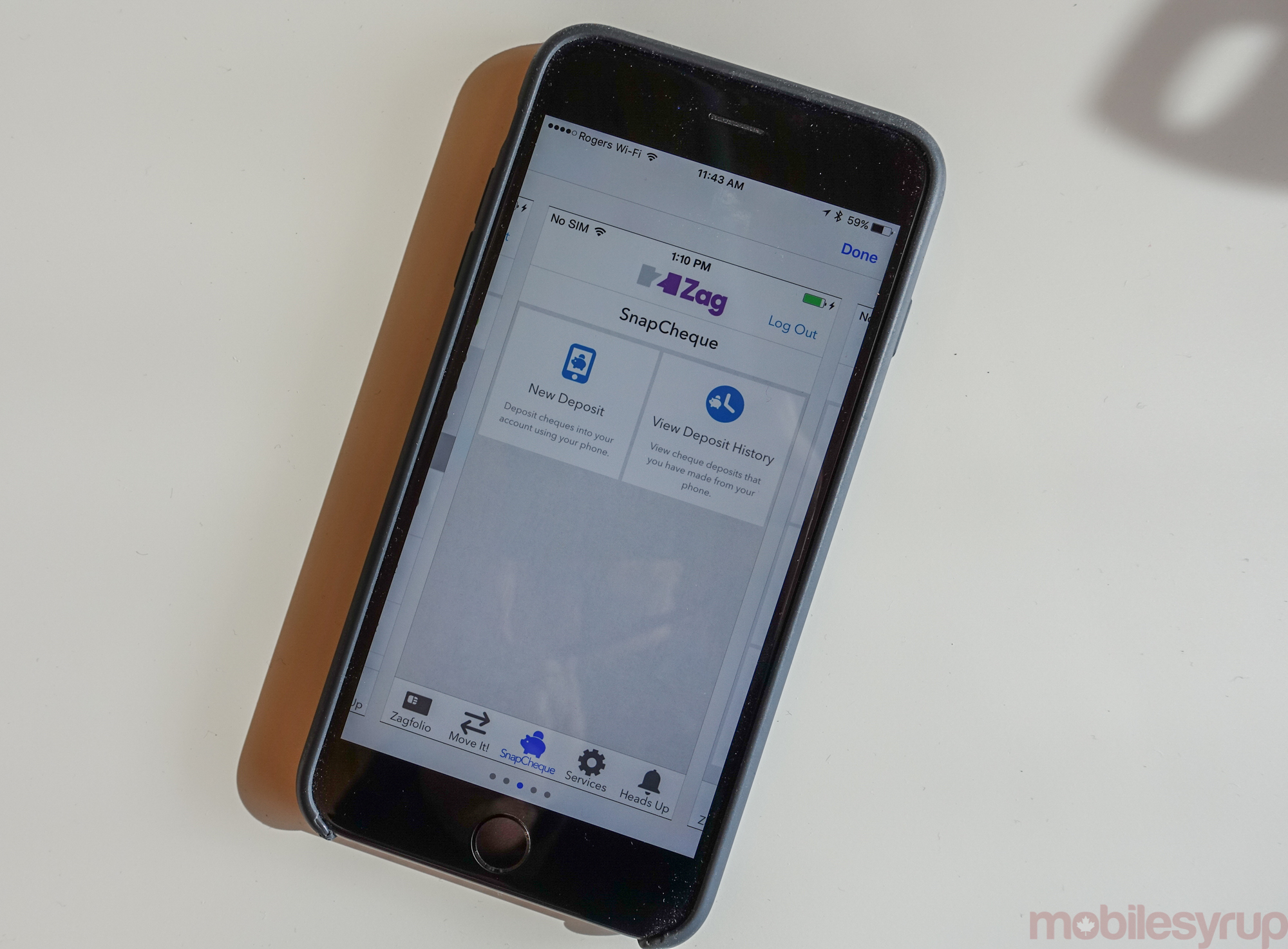 This one is called Zag Bank, and, based in Calgary, purports to offer tremendous value to its customers in the form of high-interest savings accounts, TFSAs, RRSPs and GICs.

Though the company launched in Calgary back in July of last year, the Desjardins Group-owned bank is moving east today, hoping to attract value-conscious consumers with promotional rates and sleek mobile apps.

“Like Desjardins, our principles [for Zag] are being there for the people, helping the people,” says David Raju, President and CEO of Zag Bank. “We wanted to start out with a clean piece of paper,” referring to Desjardins’ light market share outside of its home province of Quebec. “We don’t have large overheads, so we can pass on the gravy to the clients.”

Zag is emerging at a time when branchless incumbents like Scotiabank-owned Tangerine are battling new entrants like EQ Bank, another CDIC-insured offering.

“Banking should fit conveniently within people’s fast-paced lifestyles,” says Raju. He notes that the company is moving slowly in adding new products, beginning with the “boring” and most easily-implemented savings and growth accounts.

Zag trumpets, and uses to its advantage, the notion that Canadians are some of the most indebted in the world, and that many of us don’t know how to save properly. “Canadians aren’t saving enough for retirement and other financial goals,” Raju continued. “We took a close look at some of the barriers that can stand in people’s way and designed a bank that breaks down those barriers.”

Those familiar with Tangerine’s offerings will see similarities in Zag: easy-to-understand savings products that offer, in this low-Prime Rate economy, relatively high promotional interest rates of 2.5 percent, along with unsophisticated investment tools that walk users through the best prospects for saving as much money as possible. It’s unclear what the rates will drop to once the promotion period ends on June 1st.

But this is just the start, says Raju. In the next six months, Zag will launch chequing options, and, down the road, launch credit and more complex lending solutions for customers.

Zag also has mobile apps on iOS and Android that offer account maintenance, photo-based cheque deposits, and account transfers. Raju says that the app is simple because he wants to be able to quickly adapt to what consumers want. “[Until now], apps have just been used to morph the existing frame of banking to a mobile device,” he says. Zag’s goal is to operate at the scale and expertise of a Desjardins, but with the lean mentality of a startup.

Raju also acknowledges that these new mobile-first, online-only banking products are still subject to the same regulatory frameworks as their Big Bank counterparts. “Canada enjoys some of the soundest financial institutions in the world,” but that has slowed deregulation, he says. The fees charged for inter-bank transfers by the likes of Interac and Visa are passed along to consumers, and Raju says the only way to waive them is to keep costs low enough in other areas to make up the difference.

“There will eventually be a proliferation of non-regulated players in the Canadian market,” he says, but the rules are in place to reinforce what he believes are some of the most successful anti-money laundering tools on the planet.

For now, that means banks like Zag, EQ Bank and Tangerine, like their mobile equivalents in Fido, Virgin Mobile and Koodo, won’t look too different to their parent companies. Perhaps that will change in the future, but in the meantime Raju hopes that a promotional interest rate of 2.5 percent will be enough.