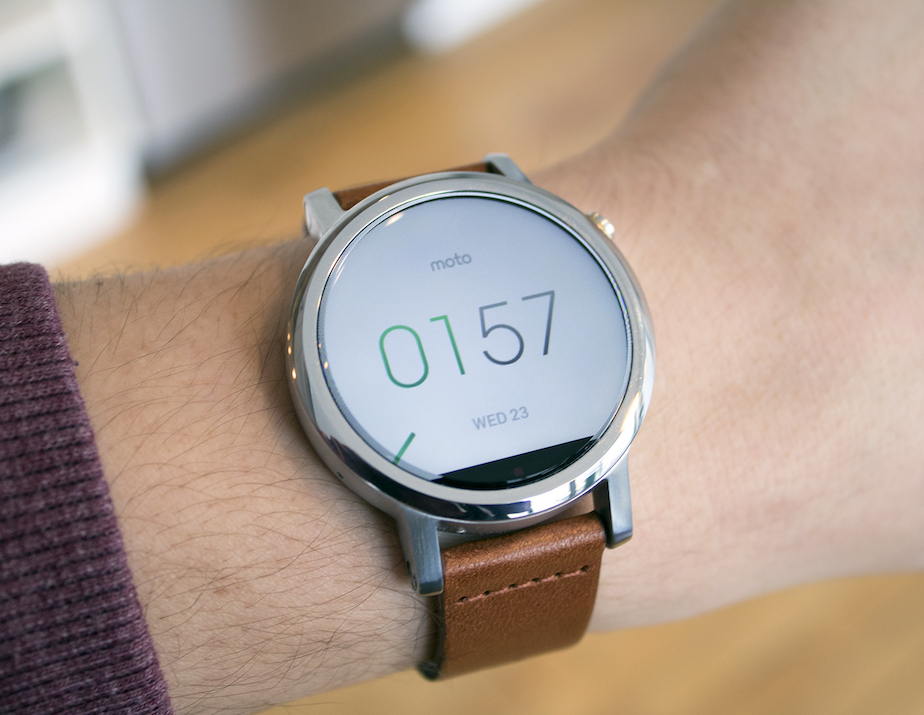 At this point, Nexus 5X and 6P owners have had a fair amount of time to get acquainted with Android Marshmallow’s more useful features. The good news is that more Android users will soon be able to enjoy everything Google’s latest operating system has to offer.

According to a chart recently uploaded to Motorola’s support website, which has been taken down by the company, several marquee Android Marshmallow features, including Doze, the operating system’s new power saving mode, is set to come to the second generation Moto 360. 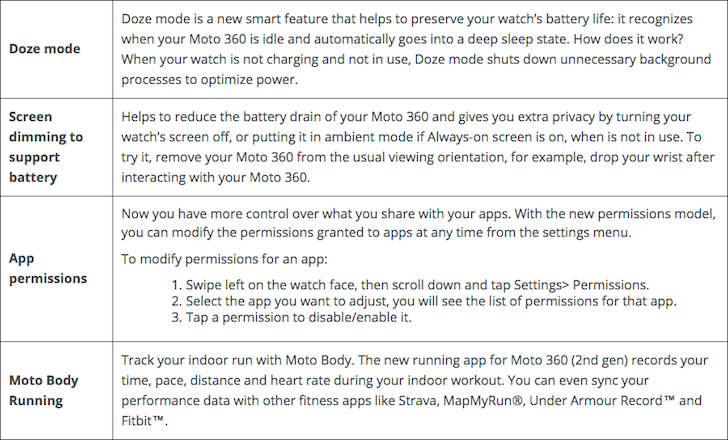 This is in addition to the new gesture features detailed by Google last week. Other forthcoming improvements include the option to set the date and time independent from one’s smartphone, and a new screen dimming feature designed to reduce battery drain. Most significantly, Motorola also plans to allow users to set more granular app permissions.

Websites like Android Police are speculating these features will make their way to other Android Wear devices in the feature. Given that Motorola has taken down the page, and the fact that most of the listed features are already a part of Marshmallow, that seems like a safe bet.