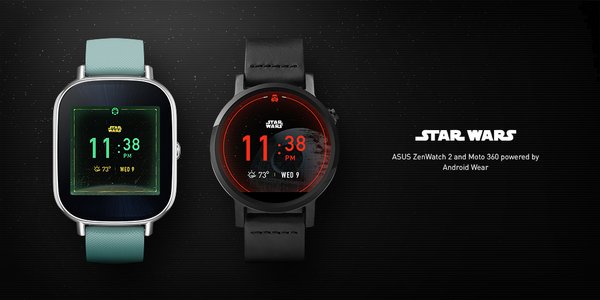 Still not tired of Star Wars branded content? Then Google and Disney have another treat in store for you.

Continuing with the Dark Side and Light Side overlay theme the two companies launched earlier this week, Google has released two official Star Wars watch faces, available through the Android and iOS Star Wars app.

The watch faces are found in the Android Wear app’s settings section.

Download the official Star Wars app on the Google Play Store and the iOS App Store.