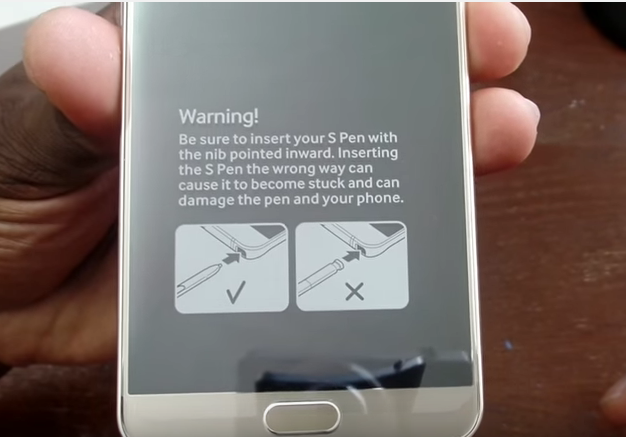 Samsung’s Galaxy Note 5 has one notable design flaw: if you insert its S Pen backwards it breaks the smartphone. Welcome to #pengate.

In order to avoid this issue, Samsung has added an amusing warning in the form of a sticker stuck directly to the Galaxy Note 5’s screen, just in case you thought it was still a good idea to slide the S Pen in backwards.

“Be sure to insert your S Pen with the nib pointed inward,” writes Samsung in the warning. “Inserting the S Pen the wrong way can cause it to become stuck and can damage the pen and your phone.”

Never forget; the side that clicks goes out and the pen side goes in.

When the controversy surrounding pengate initially showed up, Samsung pointed to the Galaxy Note 5’s user manual that explicitly stated putting the smartphone’s stylus in backwards was a bad idea.

It seems the company has opted to take things further with its new warning sticker.