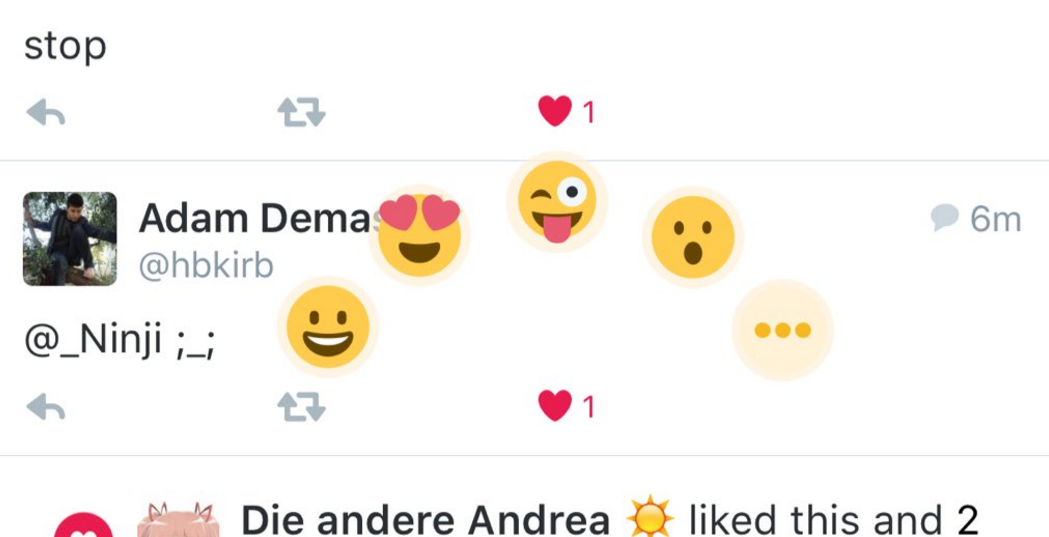 A few weeks ago Twitter switched its Favourites feature to instead use hearts, leading many users to hate the shift. It looks like the social network has heard your complaints and has plans to institute a fix in the near future.

Twitter user @_Ninji recently discovered that multiple reaction emoji can be selected in a specific build of the platform, including a frown, grimace, noisemaker and the all important 100.

I can’t believe they’re finally letting me ???? tweets (The best part is that it’s not even a joke, I just found this…) pic.twitter.com/cyJ6Lmfhgx

These new emoji reactions are reportedly part of a leaked developer build that can be installed on a jailbroken version of Twitter’s iOS app. The feature seems set to operate similar to Slack’s reaction emojis, allowing users to express themselves more easily and appropriately when responding to a post.

@CaseyNewton dev-only feature in iOS app(I used JB tweak Flex to enable it, similar to how I got Polls before they were enabled for my acct) — xX_Ninji_1994_Xx (@_Ninji) November 16, 2015

Hearts were heavily critiqued because “Liking” a tweet isn’t always an appropriate reaction, especially when a tragedy or death is involved.

Twitter’s new, reportedly unfinished emoji favourites also allows users to select a smiling mound of poop as a reaction. This emoji will likely receive widespread use if it is integrated into the full version of Twitter.

I love how the unfinished Twitter emoji favourites feature lets you ???? tweets. Bet I’m gonna get a lot of those pic.twitter.com/EimC2komja

However, adding more emoji options goes against the simplified direction Twitter has been headed in over the last few years.