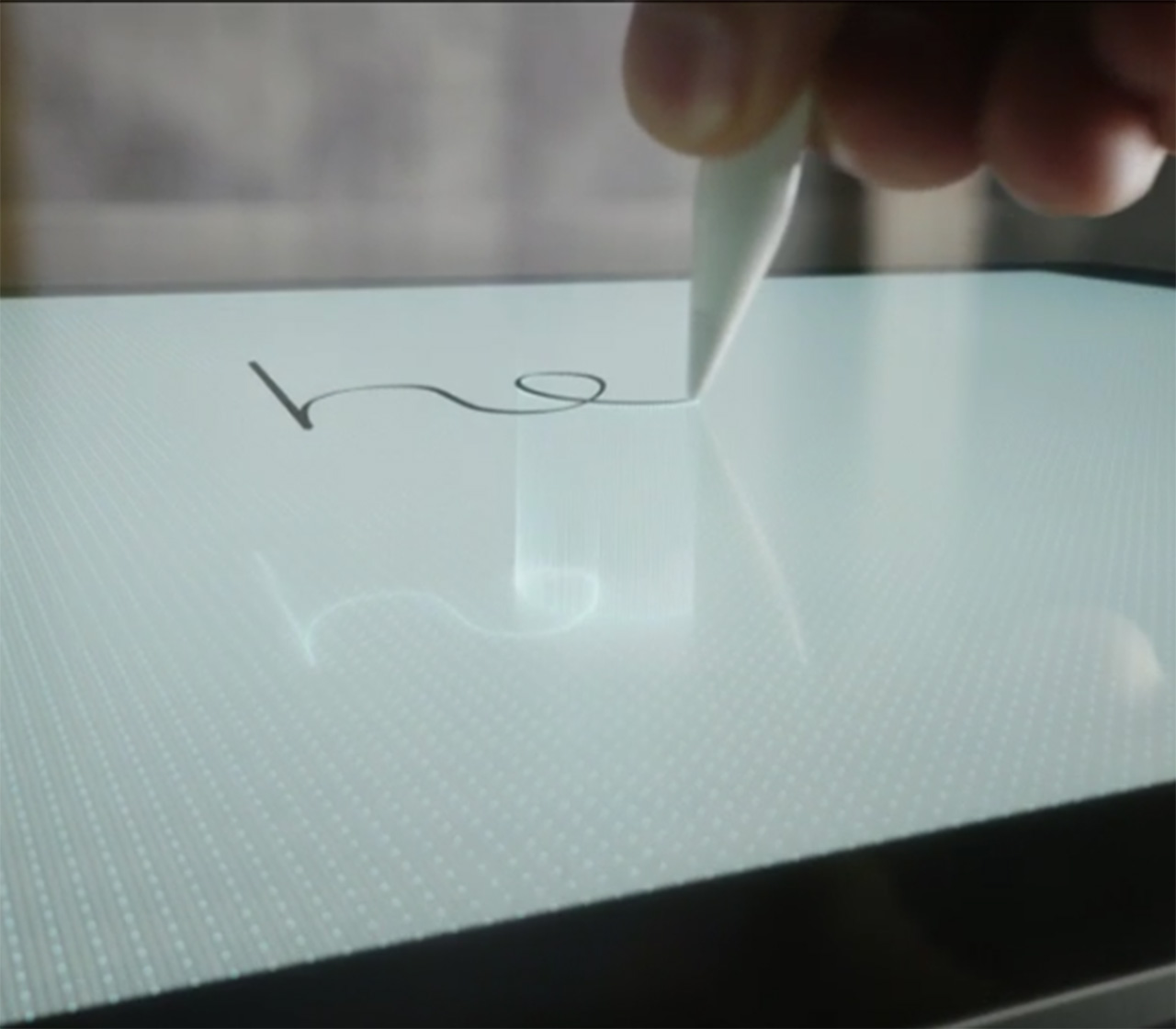 Alongside revealing its highly anticipated iPad Pro, Apple has also showed off the Apple Pencil and Smart Keyboard, essentially turning it into a device that resembles Microsoft’s Surface Pro 3.

The Smart Keyboard is a physical keyboard that’s compatible with the iPad Pro and is connected with what Apple is calling a “3-port connector.”

The Apple Pencil recharges using a Lightning port that connects directly into the iPad Pro. It’s also pressure sensitive and is supported by apps like Procreate, YouMake, as well as supported iOS applications.

Both devices are set to launch in November. We’re still waiting on Canadian pricing. Both the Apple Pencil and the Smart Keyboard need to be purchased separately.