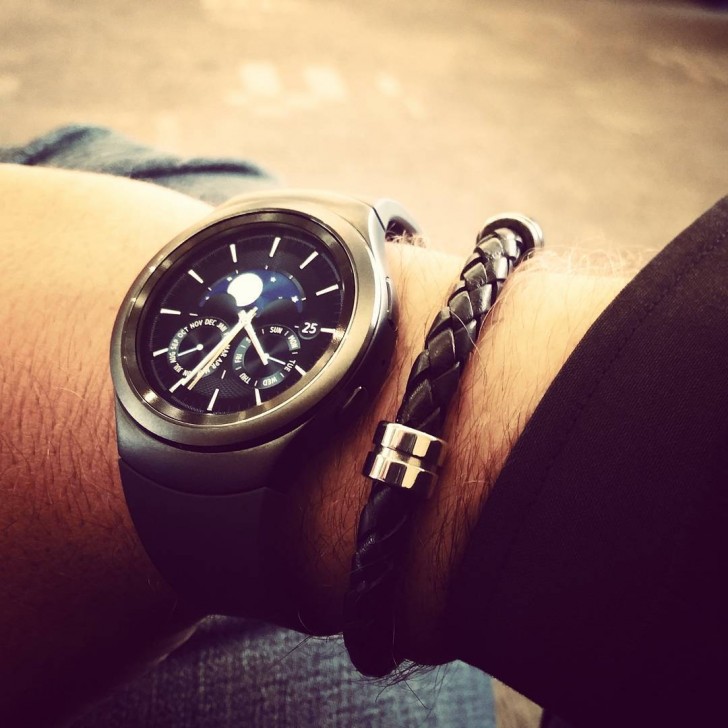 Samsung teased its Gear S2 smartwatch during the launch of its latest Galaxy devices, promising a full unveiling on September 3rd at IFA. In the meantime, Samsung has shown off the wearable in various promo videos and pictures, but today brings the first glimpse of what it looks like on the wrist.

Dennis Miloseski, a designer at Samsung, took to Instagram for what appears like a staged placement to promote the manufacturer’s first round smartwatch, which also features a touch-sensitive bezel.

The Gear S2 reportedly runs Tizen and has a 360×360 pixel touchscreen display, along with a 1.2 GHz dual-core Exynos processor, 768MB of RAM, 4GB of storage, and a 250 mAh battery. In addition, the Gear S2 will have an accelerometer, a gyro, a barometer, and a heart rate monitor.