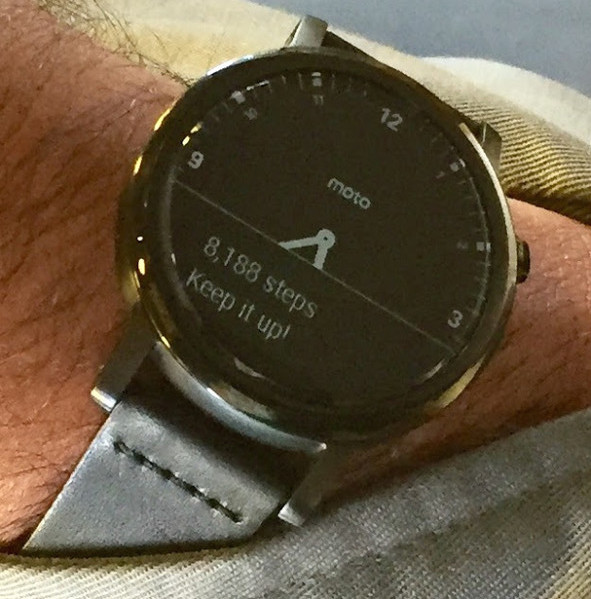 The new Moto 360 smartwatch is coming soon, according to a number of leaks we’ve seen over the past few weeks.

While Motorola itself was responsible for teasing, and then deleting, the shape of the new Android Wear smartwatch, the latest leak shows the wearable in the flesh – or on the flesh, depending on your preferred preposition. 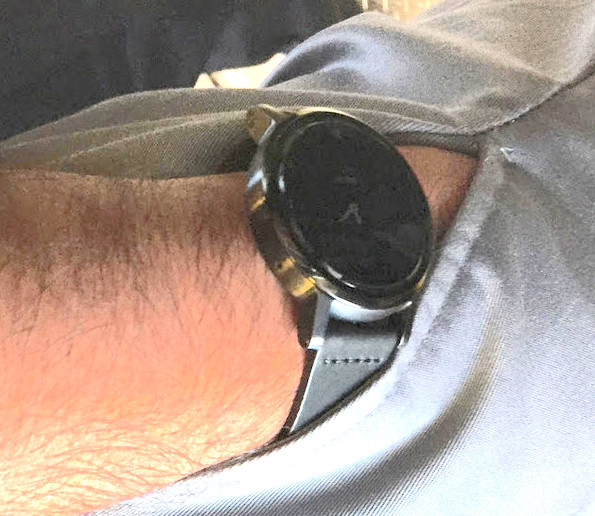 As expected, the button/crown has been relocated from the 3-o’clock position to a 2-o’clock position, though whether placing it there has a practical purpose we don’t yet know. What we do know is that despite the return of the “flat tire” on the bottom portion of the display – presumably to house the ambient light sensor and other niceties – the device appears considerably slimmer than the original.

It’s unclear from this leak whether we’re seeing the small or large version of the second-generation Moto 360, but whatever size it is, it looks a whole lot more like a regular watch than the first one. The classy-looking Horween leather strap doesn’t hurt, either. 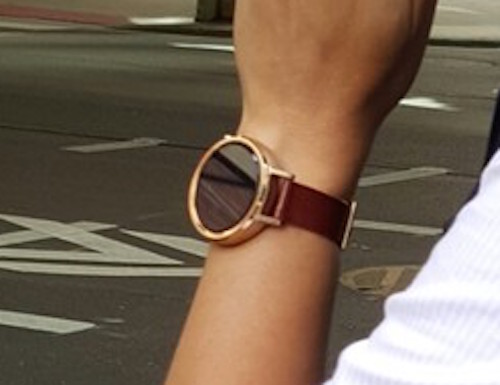 A third photo shows a gold version of the new smartwatch, which we expect will come pre-installed with the recently-announced Android Wear update that supports interactive watch faces.